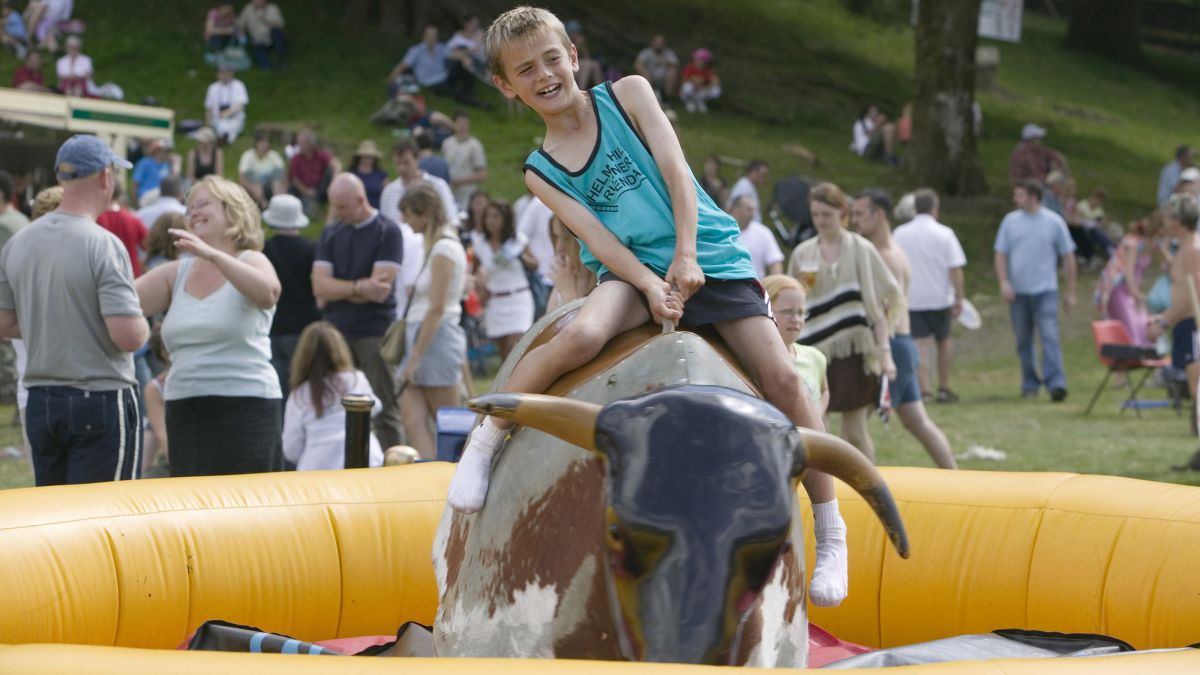 A young girl comes to the hospital having hit her head on both sides. When examined, doctors find she has multiple skull fractures and that, beneath the broken bone, her brain is bleeding. What caused such a serious injury? A fall from a mechanical bull ride.

This young girl’s gruesome case was one of several recently seen by doctors at Children’s Hospital Los Angeles. After tending to three young children who’d all been injured during mechanical bull rides, researchers contacted Los Angeles area companies that rent out the bucking machines and discovered that the companies have little to no regulations aimed at protecting the safety of children.

The researchers published what they learned along with details of these children’s cases in a new case report, published Jan. 17 in the journal BMJ Case Reports. Increased safety regulation, the authors wrote, would “help prevent unnecessary injuries to young children and riders.” The researchers also note in the report that they reported their findings to the United States Consumer Product Safety Commission.

“We are hoping that they will enact some regulations,” said Erin Ross, a medical student at the Keck School of Medicine at the University of Southern California and the lead author of the study.

The article describes three cases of children younger than 7 years old being injured in falls from mechanical bulls. One boy fell from the bull with his arm extended and fractured his right elbow. Another fell and hit his head, cutting his head and fracturing his skull.

The third patient, a girl, fell from a mechanical bull, hit her head and then attempted to stand up while the bull was still moving, which caused her to also hit the other side of her head. She fractured her skull in multiple places, and unlike the other patient who hit his head, the impact caused bleeding in her brain.

“This child actually did have a bleed underneath in the skull cavity, which was the most serious injury of the three,” said Ross.

Researchers on the hospital’s injury prevention team called eight local vendors that rent out these bulls and found that most of the vendors had little, if any, regulation on who could ride the bulls. Only one vendor had age or height requirements that would have prevented all three children from riding. None provided or required that children wear helmets while riding, and no vendor provided operators who had special training for when children rode.

All three children in the study had been riding mechanical bulls operated by untrained party guests, who in the case of the boy with the skull fracture were unsupervised adolescents.

Although all three children recovered from their injuries, the boy with the skull fracture still feared going on similar rides, like carousels, a year afterwards. His parents also said that they had to miss work while he was injured, which caused financial strain. The child with the brain bleed had headaches for three weeks after she was injured.

The researchers only reached out to vendors in the Los Angeles area, but Ross said that she suspects that most vendors probably have similarly limited safety regulations. The researchers said that they hope that contacting the U.S. Consumer Product Safety Commission about these cases will prompt the creation of new restrictions, and in general, they hope that the study will spark discussion about the overall safety of these rides, as well as raise awareness about their potential to cause serious injury to children.

“We’re hoping that this article will help to springboard that conversation,” she said.