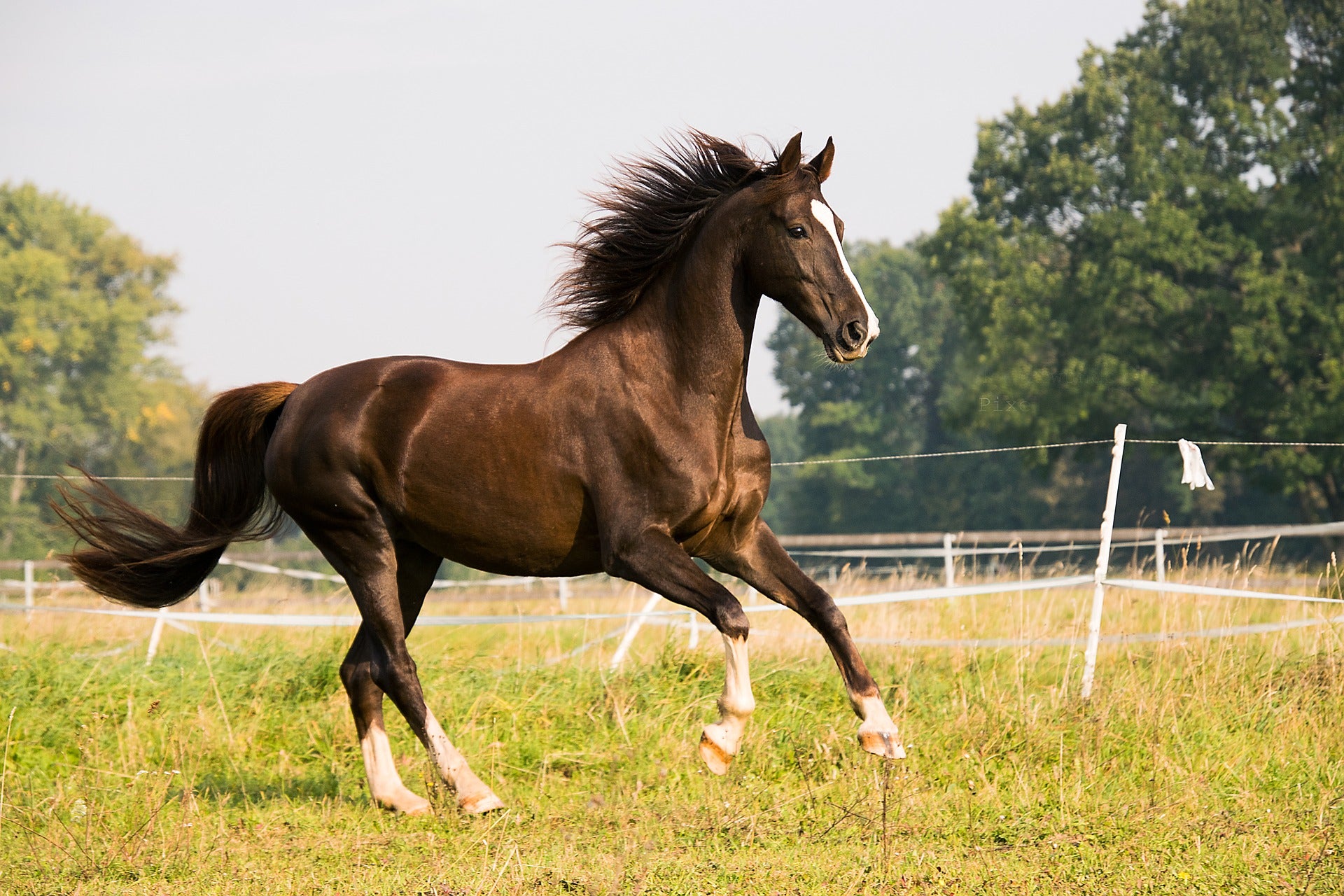 When horses or cheetahs feel the need for speed, they break into a gait known as galloping. Rabbits bound. Some aquatic animals haul themselves about using forms of locomotion that rely on their fins, known as crutching or punting. All of these motions are special–the timings of left and right footfalls or fins aren’t evenly spaced apart.

Not all animals rely on these sorts of movements to get around quickly. However, so-called asymmetrical gaits aren’t a new innovation among vertebrates, scientists reported on March 8 in the Journal of Experimental Biology. The researchers analyzed observations of movements from hundreds of species and concluded that irregular gaits may have first emerged in ancient fish-like animals even before vertebrates made the journey onto land. The findings suggest that different groups of animals gained and lost the ability to use asymmetric gaits throughout vertebrate history.

Though it was “more or less” known that land animals independently evolved these motions, “the idea that this ability is ancient for jawed fishes is relatively novel and intriguing,” John Hutchinson, a professor of evolutionary biomechanics at the Royal Veterinary College Hawkshead Campus in Hatfield, England, who wasn’t involved with the research said in an email.

When an animal walks or trots, it moves its limbs in a regular, evenly-timed pattern known as a symmetrical gait. To travel more quickly, many animals can switch to asymmetrical gaits, says Eric McElroy, a biology professor at the ​College of Charleston in South Carolina and coauthor of the findings. One classic example is a horse’s gallop.

In a gallop, all four feet hit the ground at different, unevenly spaced times, McElroy and his collaborator Michael Granatosky, of the New York Institute of Technology in Old Westbury, wrote in the paper. Mammals aren’t the only gallopers; some crocodilians have also been observed using this gait.

Gazelles can achieve another kind of asymmetrical gait called pronking, which involves springing into the air and landing on all four feet simultaneously. Toads and rabbits use bounding or half-bounding gaits, in which the two hindfeet hit the ground at the same time. Mudskippers, sea turtles, and some seals move their front flippers simultaneously in a “crutching” gait to get around on land. Some rays and other fishes punt, moving their pelvic fins simultaneously to scoot along the seafloor.

There are also some vertebrates that don’t seem to use asymmetrical gaits, including lizards, salamanders, platypuses, hedgehogs, lorises, and elephants.

To understand when these gaits first appeared, McElroy and Granatosky pored over reports of both symmetrical and asymmetrical movements in 308 different species of gnathostomes, or vertebrates with jaws. The vast majority of present-day vertebrates belong to this group, except for hagfish and lampreys.

The researchers used computer models to investigate four different evolutionary scenarios. In one, the shared ancestor of gnathostomes had the ability to move asymmetrically, and its descendants could lose this ability but not regain it. Another model assumed that the trait could only be gained, which implied that the gnathostome ancestor didn’t have an asymmetric gait.

In the third model, asymmetric gaits showed up and disappeared at roughly equal rates across the family tree. The fourth model removed the rate constraint. This allowed organisms to “have really fast evolution of asymmetrical gaits and really slow losses of asymmetrical gaits,” McElroy says. “They can be super different in terms of the speed of evolution.”

He and Granatosky found that this fourth scenario was the most likely, based on how asymmetrical gaits are distributed across modern vertebrates. They calculated that the gnathostome ancestor had a roughly 75 percent probability of using some sort of asymmetrical gait.

This fish-like creature likely inhabited shallow coastal seas 400 million to 450 million years ago, around 25 million to 100 million years before some of its descendants invaded the land. The gnathostome ancestor may have used its fins to crutch or punt itself over the seabed, McElroy says, noting that many fossils of early jawed vertebrates resemble present-day fish that use these motions such as skates and rays.

The team also determined that the ancestor that gave rise to modern mammals likely had the ability to move asymmetrically, while the ancestors of amphibians and lizards probably did not.

It’s unclear why asymmetrical gaits were lost in some groups of vertebrates. Elephants may be too large to gallop without putting dangerous amounts of stress on their bones. Certain animals, such as lorises and many turtles, may never move fast enough to need asymmetric gaits.

Lizards can scurry along very quickly without moving their limbs in an asymmetrical pattern. “I’ve never seen a lizard gallop, and it’s weird that they don’t do it and suggests some sort of neuromuscular constraint,” McElroy says. “I’d like to take a closer look at that to really figure out are lizards just not capable of doing this, or is it something that they do very, very rarely, or there are some groups of them that can do it and we just haven’t studied those groups?”

The 308 present-day animals that the researchers examined represent only a fraction of the estimated 69,000 vertebrate species. This, Hutchinson said, might have skewed the results of the analysis.

Observations of modern fish species were relatively sparse, McElroy acknowledges. “Fish are going to tend to have a larger effect on the [evolutionary] reconstructions because they’re the oldest species,” he says, and represent “both a limitation and an area for future discovery.” Accounting for the locomotion of extinct vertebrates would improve these estimates, too, but little is known about how they moved.

Despite these limitations, Hutchinson said, “the study is valuable in that it synthesizes a lot of data with good evolutionary tools and will provoke further investigations into the questions it raises.”