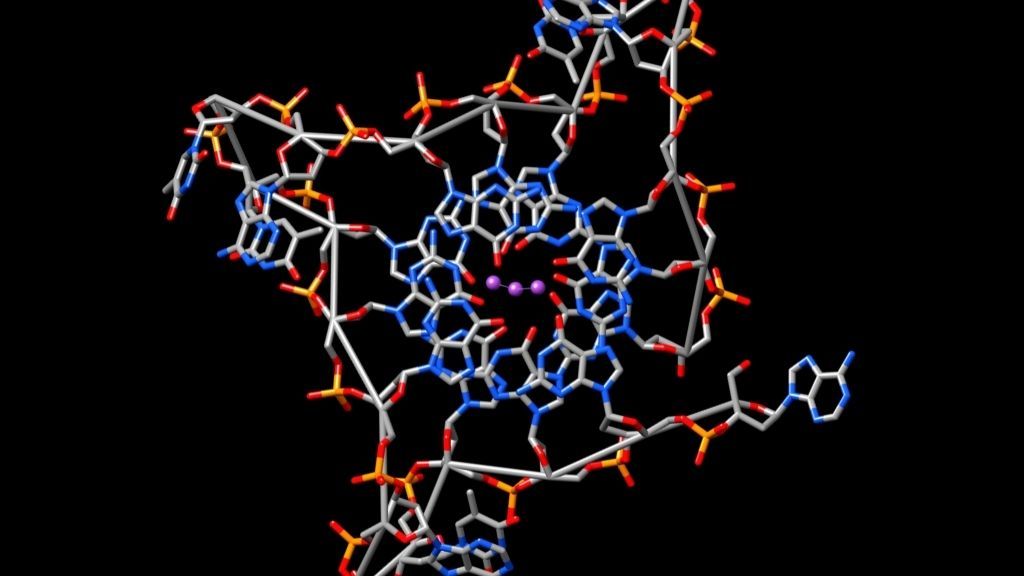 Oddly tangled and looped DNA structures could be linked to cancer, according to a new study in mice.

DNA typically looks like a twisted ladder. But the loss of key enzymes in the body causes the genetic molecule to become tangled up in bizarre loops and knots, and at least in mice, these odd DNA structures may drive the development of cancer, The Scientist reported.

Specifically, a family of enzymes known as ten-eleven translocation (TET) enzymes seems critical to preventing DNA from forming these troublesome knots, according to the study, published Dec. 22 in the journal Nature Immunology. TET enzymes jump-start a process that removes methyl groups — “chemical caps” consisting of three hydrogen atoms and one carbon atom — from the surface of DNA molecules. Methyl groups prevent specific genes within the DNA from being switched on, so by helping to remove these methyl groups, TET enzymes play key roles in regulating gene activity and development.

However, studies suggest that when cells don’t carry enough TET enzymes, this deficiency may contribute to the development of cancer. In white blood cells, in particular, research has revealed a strong correlation between a lack of TET enzymes and the onset of cancer, The Scientist reported.

To uncover the reason for this correlation, scientists conducted a study in which they deleted two of the three mammalian TET enzymes — TET2 and TET3 — from the white blood cells of mice. They used genetic modification to delete the genes for TET2 and TET3 from the rodents’ mature B cells, a type of white blood cell. Within a few weeks, the mice developed B cell lymphoma, a cancer of the B cells.

“It turned out to look like this human disease called DLBCL,” which stands for diffuse large B cell lymphoma, Anjana Rao, the study’s senior author and a cellular and molecular biologist at the La Jolla Institute for Immunology in California, told The Scientist. This lymphoma in humans seems to originate in so-called germinal centers, where T cells, another type of white blood cell, get together with B cells to make antibodies, Rao explained.

The team then zoomed in on the DNA of these mice and found that the genetic molecules had twisted into unusual shapes.

In some places, the DNA had folded into G-quadruplexes, which form either when one double-stranded DNA molecule folds over on itself or when multiple DNA strands link up at a single guanine, one of the four letters within the DNA genetic code, Live Science previously reported. When this happens, the DNA takes on the shape of a quadruple-helix, rather than a double-helix, its classic twisted ladder structure. These weird, four-stranded knots appear in cancer cells at much higher rates than in healthy cells, and they have been linked to cancer cells’ ability to rapidly divide, according to Live Science.

In other spots in the mice’s DNA, another genetic molecule called RNA had slipped between the two sides of the DNA double helix, the researchers reported. These tangled structures, known as R-loops, interfere with DNA replication and thus can cause genomic instability that’s been linked to cancer.

The DNA of the genetically modified (GM) mice bore far more G-quadruplexes and R-loops than the DNA of non-GM mice, the team found. In addition, compared with the non-GM mice, the GM mice showed amplified activity in an enzyme called DNMT1, which sticks methyl groups onto DNA. Normally, TET enzymes and DNMT1 balance each other out, with one removing methyl groups and the other adding them on. But in the GM mice, this balance was unseated, their DNA became tangled and their B cells soon turned cancerous.

The new study is “one of the first papers to definitely show how TET deficiency can cause genomic instability. These G-quadruplex and R-loops are going to be driving this genome instability,” Luisa Cimmino, a biochemist at the University of Miami who was not involved with the study, told The Scientist. “This is some of the first evidence to show that in a cancer model.”

More research is needed to tell whether the mouse model translates to humans, but if it does, it could hint at new strategies for treating cancers linked to TET deficiency.

Read more about the mouse model in The Scientist.