‘Bomb cyclone’ set to bring blizzards and hurricane-force winds to the Northeast on Friday: Here’s why. 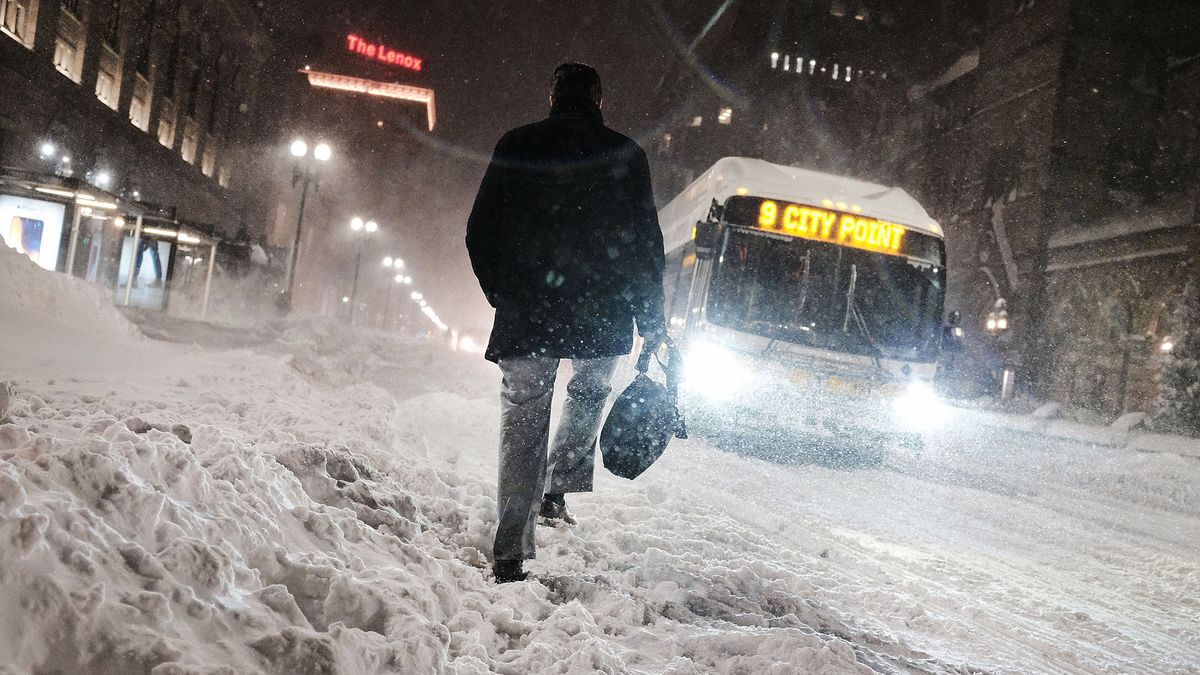 Meteorologists predict that a “bomb cyclone” will bring severe, blizzard-like conditions to much of the Northeast U.S., starting Friday night (Jan. 28). But what’s behind this explosive weather and why is the storm’s path so “up in the air?”

Currently, forecasts show the storm will drop at least a foot (30 centimeters) of snow in cities along the New England coast, along with minor flooding and hurricane-force wind gusts, according to a report from Weather.com. When all is said and done, the storm will likely impact the New England coast from Maine down to Virginia, with the bulk of the storm hitting Rhode Island and Massachusetts Friday night. “The models continue to show a nor’easter with blockbuster potential for the weekend, mainly late Friday through Saturday,” meteorologist Brian Miller said in a report for CNN.

Nor’easters like this one are extratropical cyclones that begin as low-pressure systems over the northern Atlantic ocean, according to the U.S. National Weather Service (NWS). They can occur at any time of year but they typically strike during the wintry months, between November and March.

Related: The 20 costliest, most destructive hurricanes to hit the US

They are referred to as nor’easters because their strongest winds over the mid-Atlantic coast tend to originate from the northeast. The storms are formed when the warm, northbound Gulf Stream current in the Atlantic Ocean interacts with the polar jet stream above it that’s carrying Arctic air down from Canada. And here’s where the “bomb cyclone” part of this weather comes in: When the frigid jet stream collides with air warmed by the Gulf Stream, the difference in temperature creates a low-pressure system that can spiral into a cyclone. The disparity in temperature not only energizes the storm but also creates massive amounts of wet, heavy snow.

For extratropical cyclones, the drop in pressure at the storm’s core determines the storm’s strength, with lower pressure values indicating stronger cyclonic winds.

Not all cyclones evolve into severe storms, but some storms undergo what meteorologists call bombogenesis, which is a rapid intensification of the storm caused by a sudden drop in barometric pressure. If the pressure drop is rapid enough — 24 millibars in a period of 24 hours — a monster storm can develop that’s often referred to as a “weather bomb,” or in this case, a “bomb cyclone.” According to a 2021 study published in the Journal of Applied Meteorology and Climatology, out of an average of 270 extratropical cyclones per year between 1979 and 2019, 18 cyclones per year, on average, met the criteria to be called bomb cyclones.

The cyclone poised to hit the coast on Friday is expected to become a bomb cyclone sometime before landfall. The storm is expected to blanket the Northeast with snow, while potentially causing some flooding and power outages. White-out conditions and wind gusts up to 60 mph (100 km/h) are to be expected, according to the NWS Boston. The effects are likely to extend as far south as the Carolinas, which are predicted to experience rain showers from the storm. The heaviest impacts (from snow and wind) are expected in Massachusetts and Rhode Island. However, exactly where the storm will be most severe and how much snow will fall in any given location are notoriously difficult to predict.

Unlike their tropical relatives, which often form far from the coast and strengthen over time, nor’easters typically form less than 100 miles (160 kilometers) from the coast, according to the National Weather Service. This means that meteorologists have less time to study the storm’s potential trajectory, which contributes to much of the uncertainty around where the core of the storm will make landfall and how severe its impact will be.