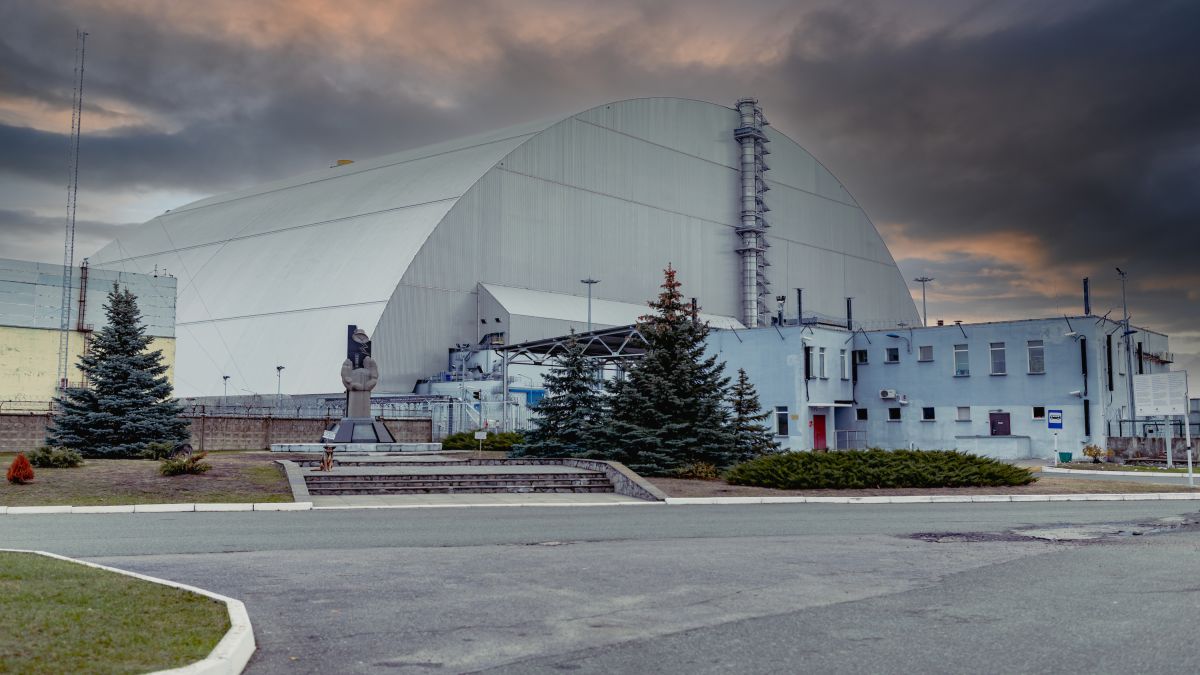 The Chernobyl nuclear power plant and its surrounding area are showing increased radiation levels after heavy fighting between Ukrainian and Russian troops in the region, Ukrainian officials said Friday (Feb. 25).

Online data from the Chernobyl exclusion zone’s automated radiation-monitoring system shows that gamma radiation has increased twenty times above usual levels at multiple observation points, which officials from the Ukrainian nuclear agency attributed to radioactive dust thrown up by the movement of heavy military equipment in the area.

The defunct Chernobyl nuclear power plant has been under occupation by attacking Russian soldiers since Thursday (Feb. 24) after Russian president Vladimir Putin launched a full-scale invasion of Ukraine in the early hours of the morning. Workers at the facility, stationed there to monitor and maintain radiation levels within safe bounds, have been taken hostage by Russian troops, according to Anna Kovalenko, a Ukrainian military expert.

“The station staff is being held hostage. This threatens the security of not only Ukraine but also a significant part of Europe,” Kovalenko wrote on Facebook.

White House press secretary Jen Psaki said in a news briefing on Thursday (Feb. 24) that the Biden administration was “outraged” by reports of Russian troops holding Chernobyl plant staff against their will and demanded their release. She warned that the action “could upend the routine civil service efforts required to maintain and protect the nuclear waste facilities.”

As one of the most radioactive places in the world, large parts of the Chernobyl exclusion zone have been closed off since the disastrous meltdown of Ukraine’s Chernobyl nuclear power plant in 1986. In that year, two enormous explosions inside the plant’s reactor flipped its 2,000-ton (1,800 metric tons) lid like a coin, blanketing the surrounding 1,000-square-mile (2,600 square kilometers) with radioactive dust and reactor chunks. Following evacuation and the dousing of the nuclear fire — which cost many firefighters their lives — the reactor was sealed off and the area deemed uninhabitable by humans for the next 24,000 years.

Heavy fighting around the plant on Thursday (Feb. 24) led to concerns that stray munitions could accidentally pierce the exploded reactor’s two layers of protection — consisting of a new, outer safe-confinement structure and an inner concrete sarcophagus — and release the deadly radioactive fallout trapped inside.

In a contradictory statement, Igor Konashenkov, the spokesman for the Russian Defense Ministry, said that radiation around the plant was within normal levels and that Russian forces were working with the facilities’ staff to ensure the area’s safety.

Oleksiy Arestovych, an advisor to Ukrainian president Volodymyr Zelenskyy, believes that the Chernobyl site was seized as part of a “possible blackmail” tactic against the West.

“Chernobyl has been seized and I think they will blackmail the West. The President’s Office is preparing a response to possible blackmail through Chernobyl,” Arestovych said in a statement.

The site, which is just 60 miles (97 km) north of the Ukrainian capital Kyiv, lies on a direct invasion route between Kyiv and the Russian forces’ northern entry point to Ukraine at the Belarusian border.

Claire Corkhill, a professor of nuclear material degradation at the University of Sheffield in the U.K., wrote on Twitter that the gamma radiation around the Chernoybl plant “looks to have increased by around 20 times compared with a few days ago.” However, caution should be taken “not to over-interpret at this stage,” she said.

“This appears to be based on a single data point,” Corkhill added in a separate tweet. “What is intriguing is that the level of radiation has increased mostly around the main routes in and out of the Chernobyl exclusion zone, as well as the reactor. This would tend to suggest that increased movement of people or vehicles may have disturbed radioactive dust.”

The highly radioactive fuel inside the Chernobyl reactor is buried deep beneath the defunct plant and is unlikely to be released unless the reactor is directly targeted, Corkhill said.

Fighting around the plant was just a small part of a much wider ongoing Russian invasion of Ukraine, the biggest on a European nation since World War II. As Russian forces close in on Kyiv, the Ukrainian Ministry of Defense wrote on its Twitter page, urging citizens to stay at home, inform the Ukrainian military about the movements of Russian military equipment, and make Molotov cocktails in preparation for urban warfare.