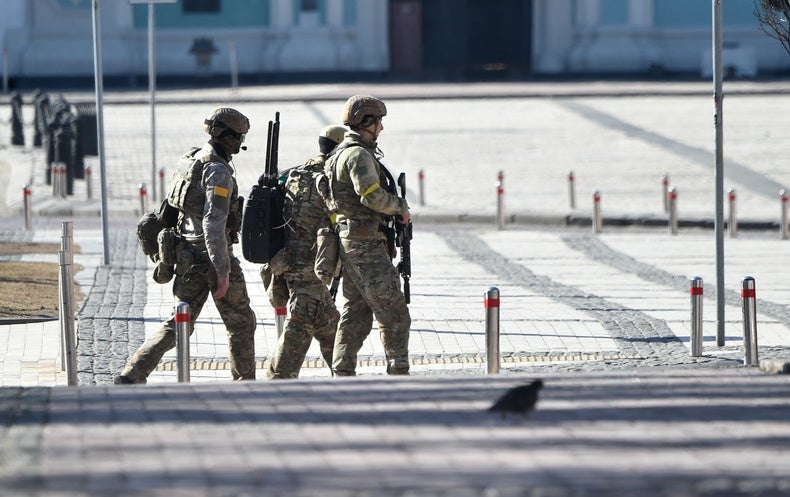 Russia’s unprovoked invasion of Ukraine has unleashed an outpouring of condemnation from scientists and research organizations worldwide. Some organizations in Western nations have moved to quickly sever links with Russia—cutting off funding and resources and ending collaborations with Russian scientists. And from Mauritius to Latvia, national science academies and groups of researchers have issued statements sharply criticizing the conflict and supporting their Ukrainian colleagues.

In Ukraine, scientists are pressuring nations to freeze Russia out of their science programmes, and calling on Russian institutes and scientific leaders to condemn the invasion.

“There should be a complete boycott of the Russian academic community. No cooperation,” says Maksym Strikha, a physicist at the Taras Shevchenko National University of Kyiv, who is in the centre of the Ukrainian capital and said the frontline was 30 kilometres away. That includes barring Russian-authored articles from Western journals and banning researchers with Russian affiliations from international research teams, he says. “The Russian academic community should also pay its own price for supporting [Russian President Vladimir] Putin.”

The chorus of condemnation includes the voices of thousands of scientists in Russia, who say that they are appalled by their government’s actions. In a letter organized by researchers in Russia and signed by more than 5,000 people, scientists strongly condemn the hostilities and say that the Russian leadership has launched a unjustifiable war for the sake of its “geopolitical ambitions”. The letter includes around 85 scientists who are members of the Russian Academy of Sciences, a government body that oversees much of the nation’s research. One academician, biologist Eugene Koonin at the US National Center for Biotechnology Information in Bethesda, Maryland, has resigned his foreign membership citing the inaction of the academy’s leadership. (The Russian Academy of Sciences did not respond to Nature’s request for comment.)

Among the strongest actions taken so far is the decision by a group of Germany’s largest research funders, including the German Research Foundation, to freeze all scientific cooperation with Russia. In a 25 February statement, the group—the Alliance of Science Organisations in Germany—says that the country’s research funds will no longer benefit Russia, no joint scientific events will take place, and no new collaborations will begin. “The Alliance is aware of the consequences of these measures and at the same time deeply regrets them for science,” it said.

“My former student lives in Germany and we still collaborate. She was informed by her superiors that any contact with Russian scientists would be strongly discouraged,” says Mikhail Gelfand, a co-organizer of the Russian scientists’ letter and a biology lecturer at the Skoltech Center of Life Sciences in Moscow. “From what I see, it’s happening in many places.”

In the United States, the Massachusetts Institute of Technology in Cambridge has ended its relationship with the Skolkovo Foundation, a Moscow-based non-profit organization focusing on innovation. In 2011, the partners launched the Skolkovo Institute of Science and Technology, or Skoltech, in Moscow. “We take it with deep regret because of our great respect for the Russian people and our profound appreciation for the contributions of the many extraordinary Russian colleagues we have worked with,” says a 25 February statement from MIT.

And on 27 February, UK science minister George Freeman tweeted that he had launched a rapid review of research-innovation funding from the UK government to Russian beneficiaries.

Ukrainian scientists, meanwhile, are rallying to convince international organizations to take stronger action against Russia. More than 130 people have signed an open letter to the European Commission and member states of the European Union calling for an urgent suspension of all funding to, and international collaboration with, Russian institutions. “The European Union cannot provide funding to the institutions subordinated to Putin’s regime anymore if the EU acts based on the declared values pointed at EU Treaties,” it says.

The letter, initiated by Ukraine’s Council of Young Scientists, says that Russia must not be involved in EU programmes such as the flagship research programme Horizon Europe; the exchange scheme Erasmus+e; international collaborations such as the particle-physics research laboratory CERN near Geneva, Switzerland; and the international nuclear-fusion project ITER. A European Commission spokesperson says that it has received the letter and that “nothing is off the table”. “The European Union stands with Ukraine and its people,” the spokesperson said.

Another high-profile cancellation is the four-yearly conference of the International Mathematical Union, which awards the prestigious Fields Medal and was scheduled to be held in St Petersburg in July. After mounting pressure from national mathematical societies and more than 100 of its invited speakers, the union said on 26 February that it would hold the International Congress of Mathematicians online in light of the conflict.

Some Ukrainian scientists say that although they appreciate the support of their Russian counterparts, the actions announced so far do not go far enough. In particular, Russian academic institutions have failed to condemn the aggression, says an open letter from the Academy of Sciences of the Higher School of Ukraine. Restrictions on Russian scientists must be all-encompassing, they say: “We urge that researchers with an affiliation of such institutions not be admitted to international grant teams, not be invited to international conferences, and not be published in leading international scientific journals.”

The editorial board of at least one journal, the Journal of Molecular Structure, has decided to no longer consider manuscripts authored by scientists working at institutions in Russia.

Alexander Kabanov, a Russian-US chemist at the University of North Carolina at Chapel Hill who co-organized a letter from the Russian researchers living overseas, says that support for Ukrainian researchers is the next crucial step. “Right now, many Ukrainians are fighting for their country and some are refugees,” he says. The Western academic community should develop programmes of support for Ukrainians who need education and scientific training. “I believe the laboratories should be open for them.”

This article is reproduced with permission and was first published on March 1 2022.