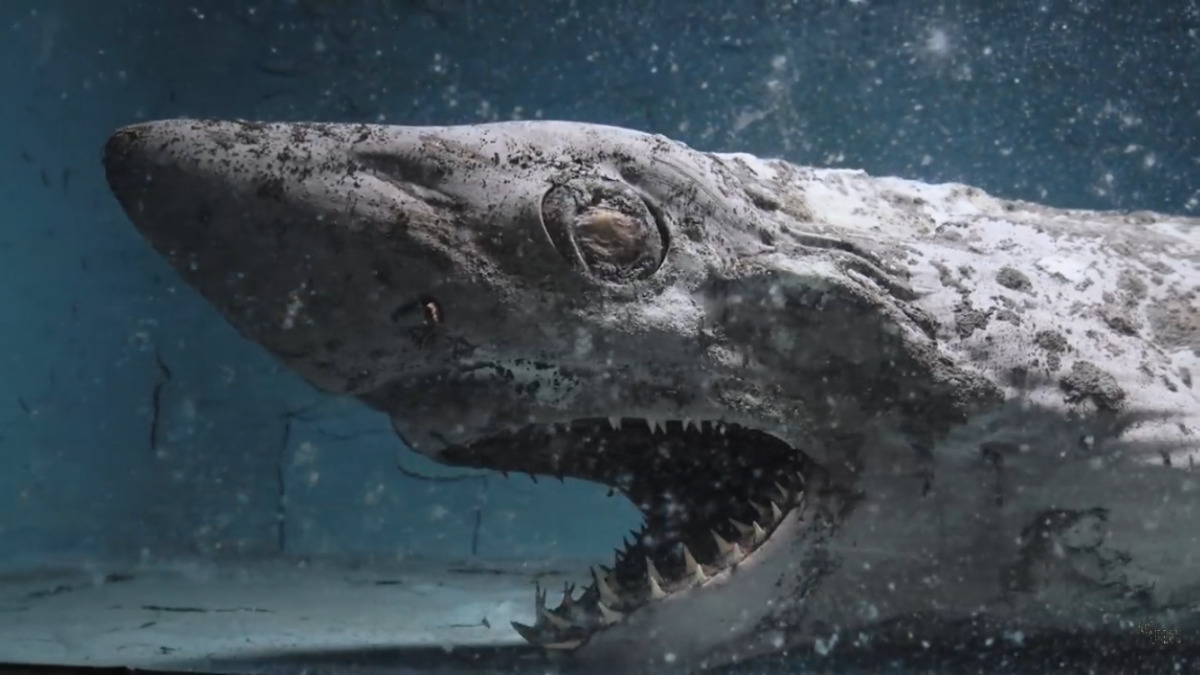 Unnerving images of a mummified shark that looks like a zombie, as well as other dead and decaying sea creatures, have been captured in eerie new footage of an abandoned aquarium.

The spooky viral video was taken by a pair of “urban explorers” who broke into the unnamed aquarium in Spain. The video was posted to YouTube by one of the explorers, a French woman who goes by the name of Juj’ Urbex, along with several shorter clips on her TikTok.

The video shows the rotting remains of a small reef shark inside a broken display case. The size of the glass box suggests that the shark was already dead when it was originally put on display. The body, therefore, had likely been treated with chemicals and kept in an airtight case to preserve it, but after the case broke and the shark was exposed, it started to slowly decay, giving it a zombie-like appearance. When the aquarium was damaged and subsequently evacuated, all living animals were transferred to new aquariums, but the shark corpse may have been less of a priority and thus left behind, Juj’ Urbex speculated in the video.

Discovering the dried-out remains of the shark “made me feel a lot of sorrow for this beast” even though it was already dead, Juj’ Urbex said in the video translated into English.

The explorers also found the decomposed remains of an octopus and squid inside separate shattered glass jars. Like the shark, these animals were likely already dead when the aquarium closed its doors, and after their jars, which likely contained formaldehyde, were smashed, the cephalopods started to rot. The pair also found two sea stars that had been left behind, but unlike the other animals, these invertebrates had not begun to decay because they had been completely dried out before being put on display.

Another standout discovery was a massive lifelike replica of a giant squid made from foam, which probably used to hang from the ceiling but has since fallen to the floor. The aquarium used to display actual giant squid specimens, but they were removed before the building was condemned, Juj’ Urbex said in the video.

The explorers have not disclosed the location of the aquarium, to prevent copycat explorers from visiting the site and to avoid being caught (urban exploring is a form of trespassing), Juj’ Urbex said in the video. However, she did reveal that the aquarium was somewhere in Spain and was closed in 2014 after a 43-foot (13 meters) wave damaged the building. In January 2014, a freak wave of this size did hit Spain’s northwest coast, causing significant damage, according to Spanish news site The Local, hinting that the aquarium is likely in that region.

In 2018, another urban explorer, Luke Mcpherson, discovered a 16-foot (5 m) mummified great white shark, later nicknamed Rosie, suspended in an enormous formaldehyde tank at an abandoned wildlife park in Australia, according to the Daily Mail.