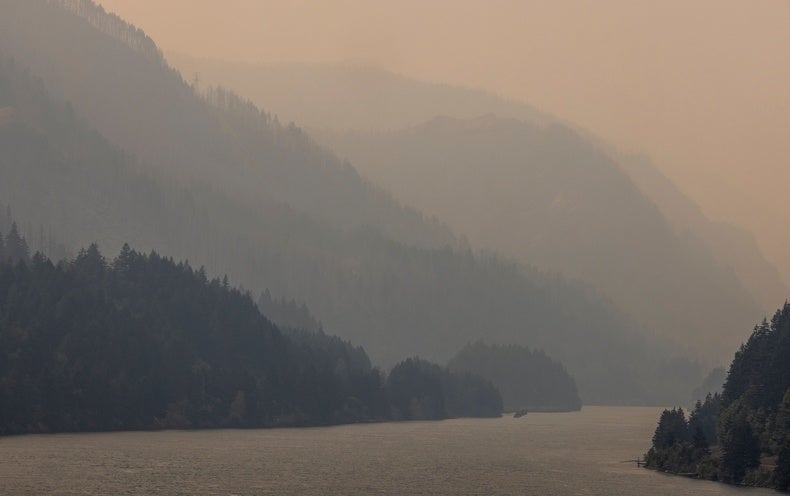 As a record-breaking heat wave roasted the Pacific Northwest last summer, anxiety rose with the temperatures.

Surveys of residents in British Columbia—where the heat in some places soared above 120 degrees Fahrenheit—suggest the disaster caused a spike in negative mental health related to climate change.

The results of the surveys, recently published in The Journal of Climate Change and Health, highlight growing concerns among mental health experts around the issue of “climate change anxiety”—a psychological response to the threats posed by climate change.

“We hear from clinicians and people in the community, increasingly, that people are worried about climate change,” said Kiffer Card, a social epidemiologist at Simon Fraser University in Canada, director of the Mental Health and Climate Change Alliance and a co-author of the study. “And there’s really no formal guidance on how to treat or deal with it.”

The Pacific Northwest heat wave struck Oregon, Washington and western Canada in the final days of June 2021. Temperatures skyrocketed across the region, breaking records left and right. Seattle and Portland hit all-time highs of 108 F and 116 F, respectively. And the tiny village of Lytton in British Columbia reached an eye-popping 121 F. Experts estimated that hundreds of people died as a result of the disaster.

Shortly after the heat wave subsided, scientists determined that the event would have been “virtually impossible” without the influence of climate change (Climatewire, July 8, 2021).

Anecdotally, Canadian news outlets reported that residents felt their anxiety rising as the disaster unfolded. Now, the new study has the data to support it. Survey results suggest that British Columbians were more anxious about climate change—and its effects on their day-to-day lives—after the heat wave than they were before.

The study got its start in 2019, when Card and a group of other mental health experts started working on the question of how to monitor and research climate change anxiety. They eventually developed a protocol for a survey aimed at monitoring distress and anxiety in response to climate and weather events.

The survey includes 22 questions related to climate and anxiety. Topics range from general questions about how much participants worry about climate change to more specific questions involving their level of concern about the effects of climate change on their jobs or their homes.

The researchers, led by Andreea Bratu of the University of British Columbia, collected their first round of survey results in May and June 2021, before the devastating heat wave struck. At the time, they had no idea the disaster was coming.

“That was our pilot survey, just to test and see how this works,” Card said. “When the heat dome happened, we thought, ‘What a wonderful opportunity to test this!’ Because it had such an impact on the public discourse and people’s thoughts around climate change.”

Each wave of the survey—before and after the heat wave—included more than 400 respondents. All of them were recruited from social media, including Facebook and Instagram.

The results suggest a substantial increase in anxiety following the heat wave.

Most participants said they were either “somewhat” or “much” more worried about climate change after the disaster. The survey also indicated a significant increase in respondents’ concern that their jobs would be affected by climate change or that where they lived would be hit by climate-related disasters.

“I think this is a wake-up call hopefully to cities to towns across British Columbia and really any area that’s likely to experience climate impacts,” Card said.

According to the authors, the study is the first of its kind to investigate climate change anxiety using a “natural experiment”—monitoring responses before and after a real-life climate disaster. Still, it’s not the first work to raise the alarm about climate change anxiety. Other scientists have been documenting the phenomenon for at least a few years now.

The American Psychological Association, in partnership with nonprofit organization ecoAmerica, has published several reports on climate change and mental health since 2014. The most recent installment was released last year.

“Climate change-fueled disaster events impact individual mental health and include trauma and shock, PTSD, anxiety and depression,” the APA report notes. “Concern about climate change coupled with worry about the future can lead to fear, anger, feelings of powerlessness, exhaustion, stress, and sadness, referred to as ecoanxiety and climate anxiety.”

The report adds that the effects of climate change are not homogeneous across the population. Certain demographics are likely to suffer disproportionate impacts from rising temperatures and increasing climate disasters. These include older people, unhoused populations, Indigenous groups, and communities primarily composed of lower-income people and people of color.

Members of vulnerable groups may be more prone to mental health difficulties resulting from climate change, the report points out, adding that structural racism and discrimination can compound these negative mental health effects.

These ideas highlight one major limitation of the British Columbia surveys. The vast majority of respondents were white.

The surveys’ participants otherwise represented a reasonably diverse cross-section of the population. Participants included nearly equal numbers of men and women, with a small number of nonbinary respondents. Most ranged in age from 24 to 65. They represented diverse political leanings and income backgrounds.

Still, the authors note in the study that the lack of racial and ethnic diversity is a limitation. Future research, they suggest, should explore how climate-related events affect the mental health of populations disproportionately at risk from the effects of climate change.

Anxiety around climate change can have a strong impact on major life decisions, Card pointed out. It may affect a person’s choice of career, where they choose to live or whether they decide to have children.

A better understanding of the public’s psychological and emotional responses to climate change can better equip experts to support them, he added. This kind of support can include everything from stronger climate action and more climate-resilient infrastructure to stronger mental care systems.

“Our hope is to show that this is something that’s influencing people’s thinking now, that it’s causing disruption to people’s lives now,” Card said.