How Do Dogs See the World? 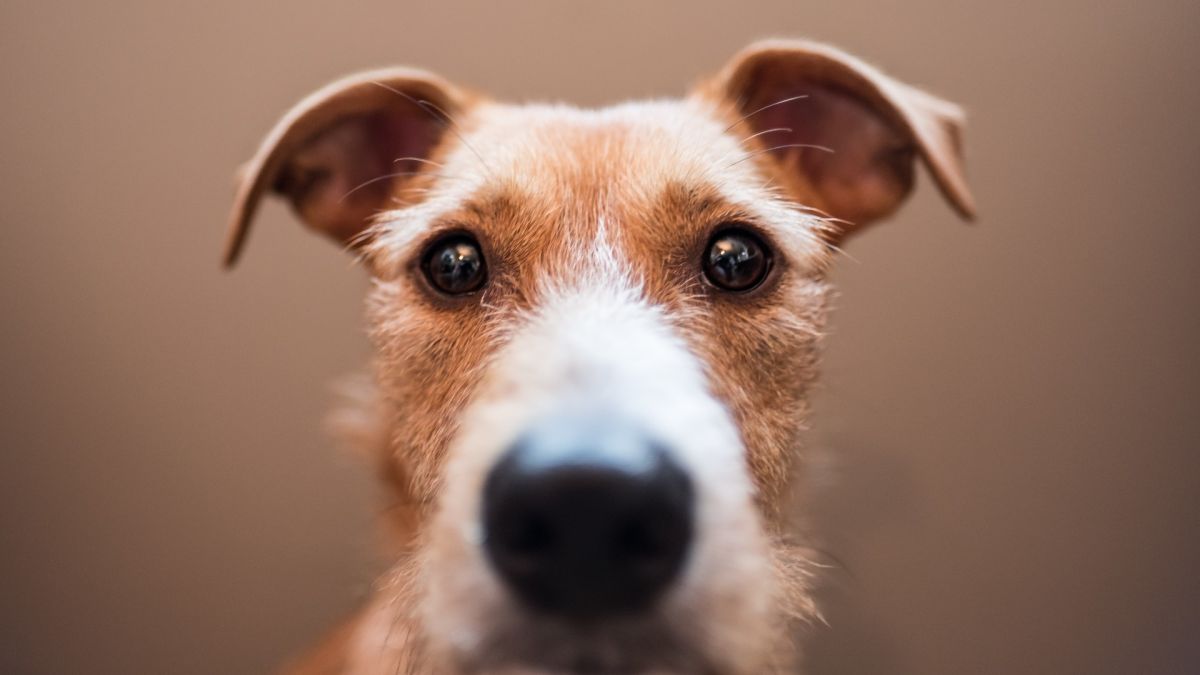 Dog vision is very different from human vision. Dogs see the world in fewer hues than we do, but this doesn’t mean our canine companions are completely colorblind. But even if dogs’ visual worlds are not as clear or as colorful as ours, their ability to see motion is superior.

What colors can dogs see?

Dogs are not completely colorblind, but their eyes are structured in a similar way to those of people with red-green color blindness, whose eyes also lack the third kind of cone normally present in humans, Jay Neitz, a color vision scientist at the University of Washington who conducted many of the modern experiments on color perception in dogs, told Live Science.

We can get an idea of what dogs see, Neitz said, if we assume their brains interpret signals from their cone cells much like the brains of people with colorblindness do.

Related: Red-green and blue-yellow: The stunning colors you can’t see

To see blue and yellow, dogs and humans rely on neurons inside a part of the eye called the retina. These neurons are excited in response to yellow light detected in the cone cells (which are also inside the retina), but the neurons’ activity gets suppressed when blue light hits the cones. A dog’s brain interprets the excitation or suppression of these neurons as the sensation of yellow or blue, respectively. However, in dogs and in people who are colorblind, both red light and green light have a neutral effect on the neurons. With no signal to interpret these colors, the dogs’ brains don’t perceive any color. Where you see red or green, they see shades of gray.

“A lot of the time, there are good cues to help them figure it out; for example, red objects tend to be darker than green objects,” Neitz said. “So, if it’s a dark apple, a red-green colorblind person would know that it’s probably a red one, and if it’s a lighter apple, it may be a Granny Smith.”

There is some evidence that dogs may be able to see colors humans cannot. A 2014 study published in the journal Proceedings of the Royal Society B found that the lenses in the eyes of a dog transmit significant amounts of ultraviolet light, whereas these wavelengths are blocked by human lenses. This suggests that dogs might see more blue light than we do.

How sharp is dog vision?

In addition to missing some of the hues perceived by human eyes, dog vision lacks some of the sharpness of human vision. In a 2017 study, published in the journal PLOS One and conducted at Linköping University in Sweden, researchers designed a canine visual acuity test similar to the tests ophthalmologists give to people. Instead of having to discern letters of decreasing size, the dogs were rewarded with treats for correctly identifying images containing vertical or horizontal lines with ever-decreasing amounts of space between them.

The researchers discovered that dogs — or at least the whippets, pugs and the single Shetland sheepdog that participated in the experiments — were very nearsighted. The results of the experiment suggest that dogs, in well-lit conditions, have roughly 20/50 vision. This means that they have to be 20 feet (6 meters) away from something to see it as well as a human who is 50 feet (15 m) away from that same object.

Do dogs have night vision?

While dogs’ night vision is fairly blurry, at roughly 20/250, according to the 2017 study, it is also much more sensitive than humans’ night vision. Dogs are crepuscular, meaning they tend to be most active at dawn and twilight, according to the American Kennel Club. While human eyes are chock-full of cones, which help detect colors and work best in bright daylight, dogs’ eyes contain more of the light-detecting cells known as rods, which distinguish between dark and light and thus are at their best in low-light conditions, according to the Merck Veterinary Manual.

Related: See the world from a cat’s eyes

Many dog breeds (though not some of the toy dog breeds) also have a special eye layer, known as the tapetum lucidum, that bounces light back toward their retinas, essentially magnifying the light that does reach the rods there, according to a 2014 study in The Journal of Veterinary Medical Science. The tapetum lucidum is what causes dogs’ eyes to glow a bluish green when light shines on them at night, according to the Merck Veterinary Manual.

The takeaway? Dogs have better night vision than humans do.

While you might think dogs live in a dull, blurry visual world compared with ours, there is one area where their vision beats ours: They are much better at detecting motion. This is due to something called the critical flicker fusion rate. Imagine a light that flickers faster and faster. By the time the light is flickering 60 times per second, humans will believe the light is shining steadily. According to a 1989 study published in the journal Physiology and Behavior, that same light has to flicker roughly 75 times per second to fool a dog.

This ability likely enables dogs to spot moving objects, such as prey, much more quickly and accurately than humans can.

Hirskyj-Douglas, I. (2016, September 8). Here’s what dogs see when they watch television. The Conversation.