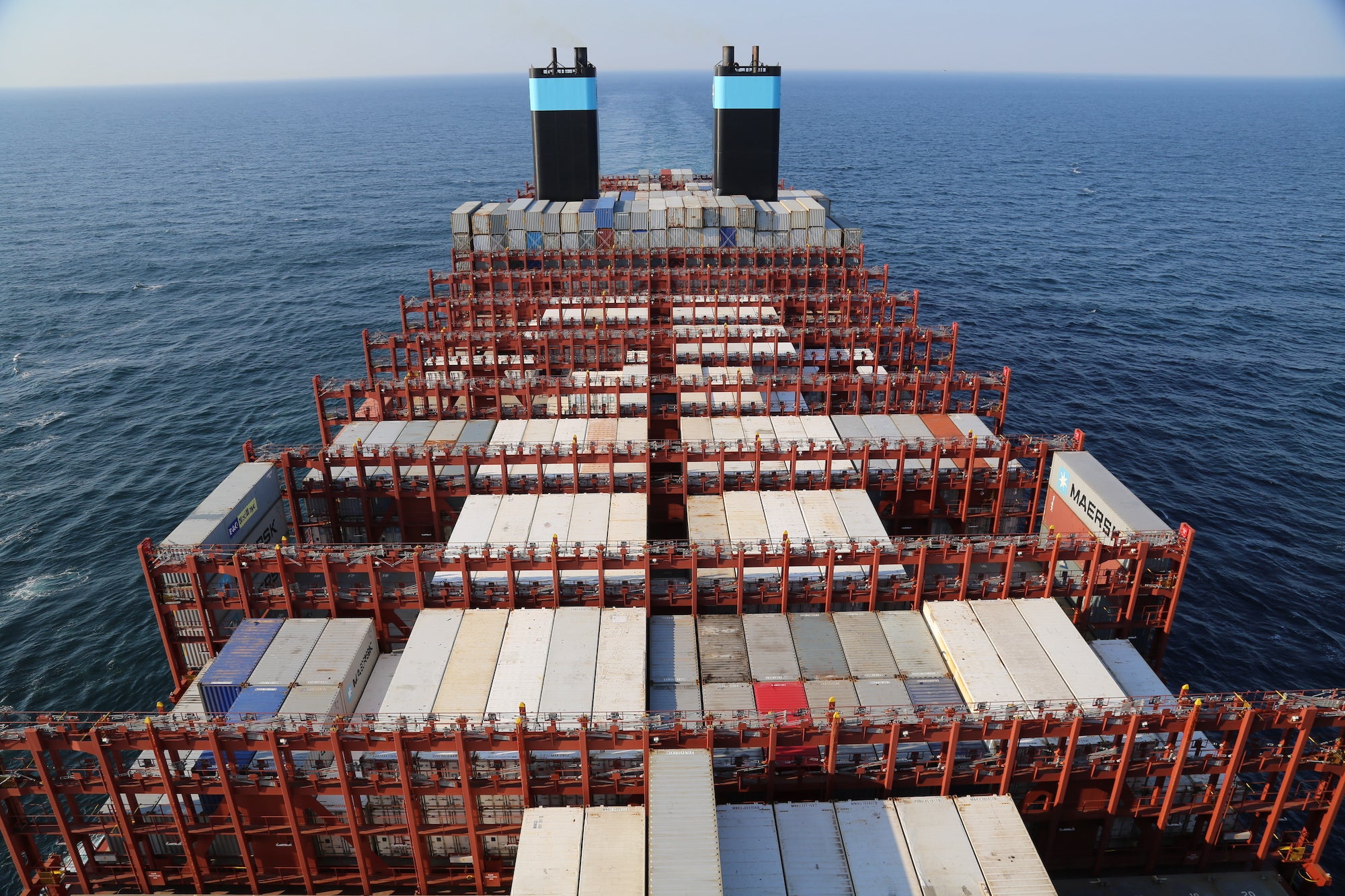 The pandemic has exposed serious weaknesses in the global supply chain, causing a backup of cargo ships in seaports around the world. While consumers have experienced rising prices and severe delivery delays, the problem has also led to a disconcerting rise in shipping emissions at jammed-up ports.

In the US, the problem has been particularly severe at the Ports of Los Angeles and Long Beach, the largest shipping complex in the Western Hemisphere, where as many as 70 ships at a time often idle at sea, awaiting entry to the port. According to the California Air Resources Board, over the last two years, ships using the Southern California ports are pumping an additional 20 tons of smog-inducing nitrogen oxides into the air each day. The report concludes that this is the equivalent of adding 5.8 million passenger cars to the region.

To help address the problem and to reduce pollution beyond the era of the pandemic, the Danish shipping conglomerate Maersk announced this week a new project meant to reduce the amount of air pollution emitted by idling ships. Their solution is to use charging buoys connected to underwater power cables that connect to onshore renewable power sources like wind farms and other green energy sources. The new venture is being developed by a Maersk subsidiary called Stillstrom (meaning “quiet power” in Danish).

Floating one buoy, for now

The group says that it will launch a test site off Norway later this year in partnership with a Danish renewable-energy company, Orsted. The buoy could be operational by the third quarter of this year, says Sebastian Klasterer Toft, a venture program manager at Stillstrom. Maersk first revealed the idea in the fall of 2020, declaring their goal was to extend the benefits of shore power out to sea.

[Related: Why a record number of container ships are backed up off the coast of California]

“Our vision is that, following proof of concept, within five years of commercialization we will be at around 50 to 100 ports, including those with wind farms nearby,” Toft says. “This will be the equivalent of displacing 5.5 million tons of CO2.” (That’s an amount approximately equal to the carbon output of about 11 million barrels of oil.) “It also removes all the particle pollution associated with idle vessels,” Toff added.

While the company would not comment on which ports they are talking to, they acknowledged that the US is in their sights. “Both the east and west coast [of the] US and Canada, are areas of huge interest for us,” says Toff.

Toff also noted that the system will not be exclusive to Maersk. “It’s very important for us to emphasize that this is not only for our vessels,” he says. “This is for the global maritime fleet.”

The shipping industry is a significant source of carbon emissions and has long been targeted by environmental groups for a lack of action on carbon reduction. Overall, shipping is said to account for roughly 3 percent of global greenhouse gas emissions and 10 percent of transport emissions, and the industry is currently far from meeting the goals of the Paris climate agreement.

Pandemic-induced supply chain snarls have brought attention to ship emissions near ports, although the problem has existed for decades. But never before have so many ships been held up outside of ports around the globe. At the Los Angeles/Long Beach port complex, the problem has lasted for over a year. According to data from the Ocean Exchange, on Tuesday, Jan. 25, a total of 27 container ships were anchored offshore.

How it will work

When moored at port, ships typically connect to land-based cables and onshore power sources to maintain operations while they load and unload cargo. Most modern container ships have this capability. But when the port is full, ships will often wait at anchor in the open ocean and use auxiliary engines to provide the power needed for critical shipboard functions like refrigeration, radars, radios, lighting, and the circulation of fresh and saltwater. While less polluting than the main engines, there is still significant emissions from these motors, and ships can wait for days or even weeks to gain entry into the port.

While many ports—like those in Southern California—require idling ships to use cleaner burning fuels while at anchor, the amount of pollution created is still significant and potentially harmful to human health. In Los Angeles, studies have shown that compounds released through shipping emissions have been linked to high rates of asthma, cancer, and other problems in poor communities near the ports. Of course, the problem is global, with many port cities dealing with unprecedented traffic largely due to increased demand for goods and Covid-related choke points in Asia where most manufactured goods are made.

“It continues to impact the health of millions of people all over the world and leads to a lot of unnecessary death and debilitating lung issues,” said Paul Blomerus, executive director of Clear Seas, a not-for-profit research center in Canada promoting greener shipping practices.

[Related: The ship blocking the Suez is finally unstuck, but we could see bottlenecks like this again]

Some conservation groups applauded the Maersk announcement—which would mean that ships with access to a power buoy could plug into power and switch off their engines, even when not at the dock—but with caveats.

“If it works, I think it will be a big step forward for those ships that are able to access electric power instead of running their auxiliary engines, because then you go to zero emissions both offshore and at dock,” says David Pettit, a senior attorney with the Natural Resources Defense Council.

But Pettit also questioned whether the system is going to be large enough to truly confront the problem. “It could have [an] impact, but there are a lot of operational issues that would need to be worked out, not the least of which is how you would deal with so many ships with a number of buoys at the same time.”

Toff, of Stillstrom, says that while the pilot in Norway will consist of a single buoy on a single cable, the plan for the system will be multiple buoys attached to a single power line extending from shore.

“The trajectory has changed markedly,” says Blomerus, of Clear Seas. “There’s certainly a lot more willingness to tackle the decarbonization challenge than there was even three years ago.”