In 5 seconds, this fusion reactor made enough energy to power a home for a day 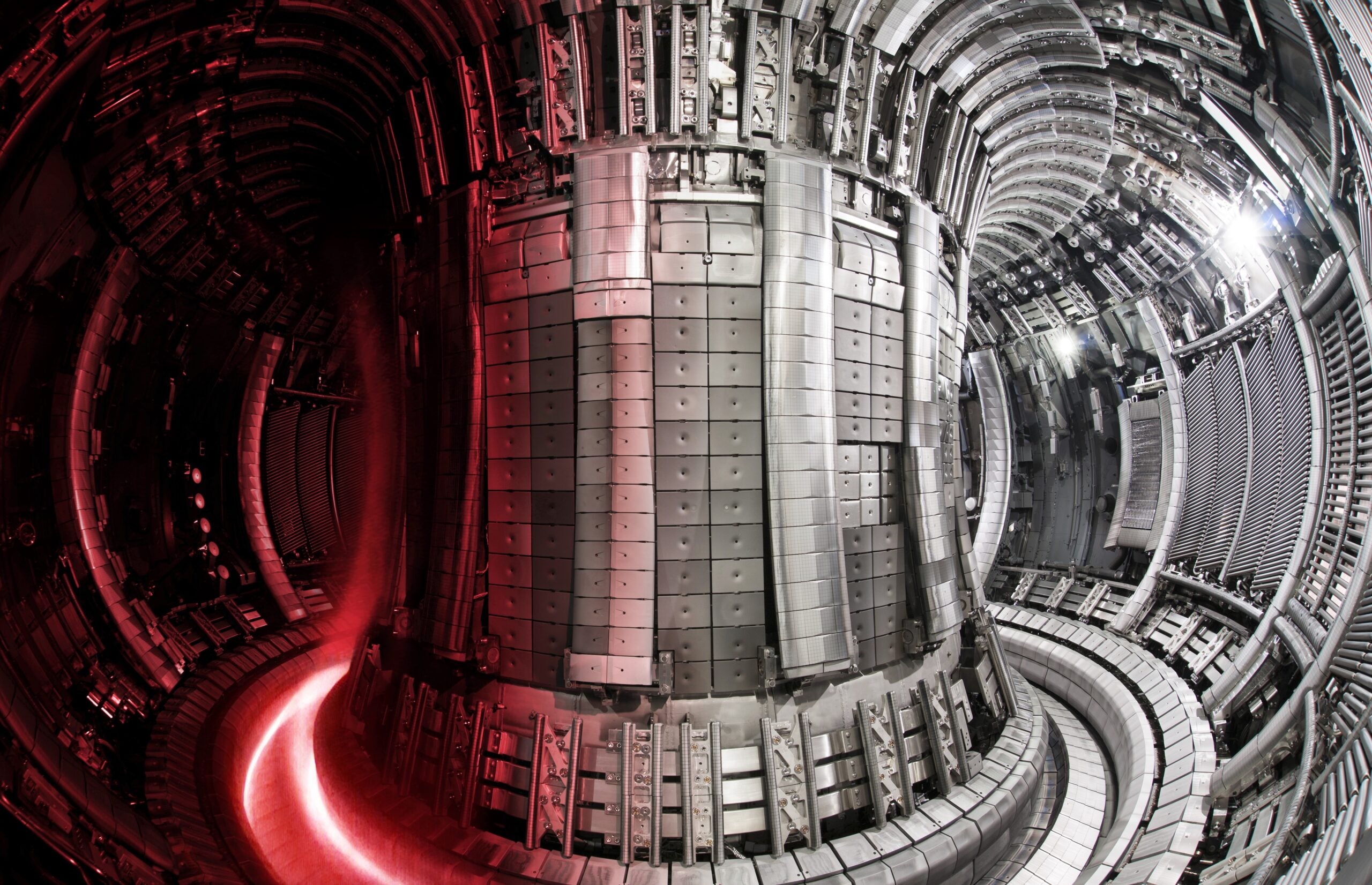 What if you could power an entire home for a day with just a five-second reaction? British physicists could tell you how. On December 21, 2021 a group of researchers saw a nuclear fusion reaction take place that generated a record-breaking 59 megajoules of energy in just a mere five seconds through using sustained fusion energy.

This discovery is one of several major developments over the past year or so that is shaping  nuclear fusion technology into a stronger potential candidate for fossil fuel-free energy. This reaction, carried out by researchers at the EUROfusion consortium, more than doubled the last record for fusion energy, which topped at 21.7 megajoules in 1997. They used the Joint European Torus (JET) device to create the massive bolt of power.

“This achievement is the result of years-long preparation by the EUROfusion team of researchers across Europe,” Tony Donné, EUROfusion Programme Manager, said in a release. “The record, and more importantly the things we’ve learned about fusion under these conditions and how it fully confirms our predictions, show that we are on the right path to a future world of fusion energy. If we can maintain fusion for five seconds, we can do it for five minutes and then five hours as we scale up our operations in future machines.”

The JET is the largest and most powerful operational “tokamak” in the world—and essentially looks just like a giant metallic donut. Tokamak devices confine plasma in the donut shape, with magnetic fields containing the massive amounts of heat needed to perform the process. Inside the JET, temperatures can reach 150 million degrees Celsius—that’s 10 times hotter than the center of the sun.

This experiment is crucial for preparation for ITER—an under-construction, 80 percent completed plan to build an even bigger version of the JET tokamak. This time, scientists don’t want to just create energy—the ITER’s goal is to produce net energy, or more energy coming out than going into the process. The project, based in southern France, has been underway since 1985, bringing together some of the brightest energy scientists across China, the European Union, India, Japan, Korea, Russia, and the United States. Plans are also in the works for the EU-Demo, the next generation of nuclear fusion tokamaks after ITER which would actually connect to the grid.

The way that the JET works is by using two ingredients—deuterium and tritium. Deuterium is one of the stable isotopes of hydrogen and luckily is quite bountiful in seawater—an estimated 1 in every 5,000 hydrogen atoms in seawater is likely deuterium, according to the US Department of Energy. When nuclear fusion projects become a reality, the DOE estimates that one gallon of seawater may produce as much energy as 300 gallons of gasoline.

Tritium, on the other hand, is rare in nature. The radioactive isotopes are produced, or “bred,”  in nuclear reactors by exposing lithium to energetic neutrons. ITER experts predict that there’s enough extractable lithium out there to operate fusion reactors for at least 1,000 years.

[Related: Physicists want to create energy like stars do. These two ways are their best shot.]

These two ingredients are then fired into the super-hot plasma inside the reactor where they are forced together to create helium, a neutron, and, of course, energy. And a little bit goes a long way.

“The energy you can get out of the fuel deuterium and tritium is massive,” Tony Roulstone from the University of Cambridge’s Department of Engineering told CNN. “For example, powering the whole of current UK electrical demand for a day would require 0.5 tons of deuterium, which could be extracted from seawater.”

Of course, there’s still a way to go before we can herald nuclear fusion as the next clean energy hero. The JET could only handle five seconds of the extreme heat, and we’ll need a lot more of that to reach the clean energy future needed to avoid the worst of climate change.

“It’s clear we must make significant changes to address the effects of climate change, and fusion offers so much potential,” Ian Chapman, the CEO of JET collaborator UK Atomic Energy Authority said in a release. “We’re building the knowledge and developing the new technology required to deliver a low-carbon, sustainable source of baseload energy that helps protect the planet for future generations. Our world needs fusion energy.”