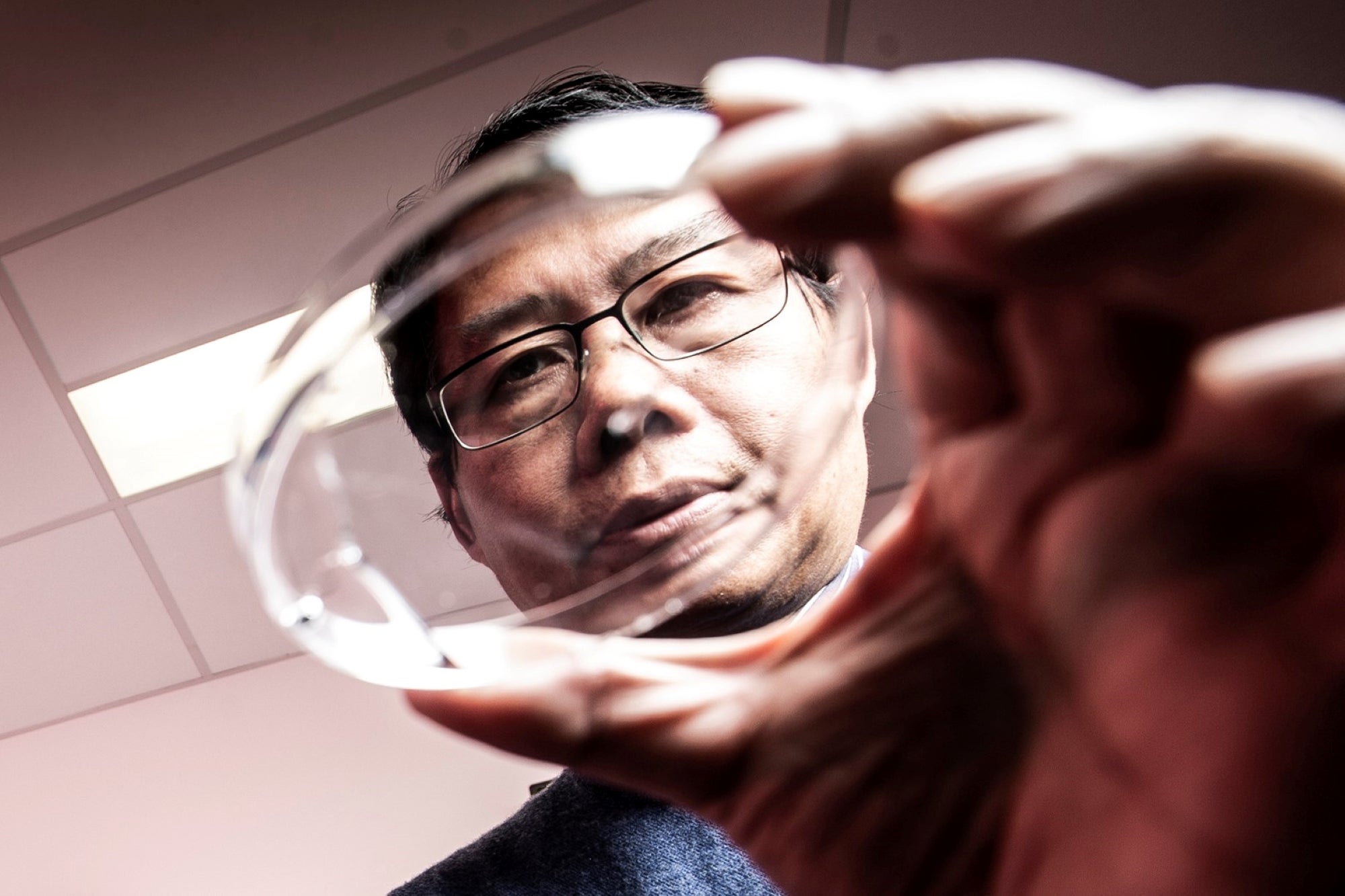 Physicist Xiaolin Wang proudly proclaims that his lab’s research takes the fiction out of science fiction. Sci-fi movies, including his favorite film series The Terminator and The Matrix, guide much of his research; his latest work evokes scenes from Terminator 2: Judgment Day and its shapeshifting T-1000 villain. Wang’s work is a scene stealer in its own right: His team can manipulate the shape and movement of liquid metals, even causing them to levitate—all from a distance.

“The initial idea was to produce all the special effects from the movie,” says Wang, a professor at the Institute for Superconducting & Electronic Materials at the University of Wollongong, Australia. “To an ordinary audience, all the liquid metal effects in the movie are science fiction,” he adds, “but to us, they are all science facts.” He says that other non-contact manipulation techniques so far, such as those that employ sound waves or light, usually nudge microscopic objects one or a few at a time. On the other hand, his team’s new work, published recently in the Proceedings of the National Academy of Sciences, can handle larger, freely flowing metal targets.

Wang’s research stars a liquid metal alloy Galinstan—a mixture of the elements gallium, indium, and tin. It boasts a melting point of negative 2 degrees F, so at room temperature, the metal is perennially liquid. (And below 2 degrees, it’s solid.) On top of the fact that Galinstan is non-toxic and electrically conductive, the surface tension of the alloy can be manipulated. This property dictates whether a liquid will ball up into a droplet or ooze into a puddle. The researchers found that zapping the material with electricity to oxidize the surface will trigger it to change its surface tension and thus, the shape of the liquid metal.

For their show-stopping demonstration, the researchers injected Galinstan into a vat of sodium hydroxide, an oxidant that serves as the chemical fodder for Galinstan to carry out the surface-tension-switching oxidation reaction. At first, the alloy dripped into the vat, like water droplets from a leaky faucet. But once the researchers turned on the voltage, the dripping metal morphed into an unbroken stream with a diameter as thick as human hair. What was more, in the presence of magnets nearby, the freefalling drizzle came alive.

The electrified metal twitched in lockstep to the movement of the magnets, because it had an electrical current. This current in turn creates its own mini magnetic field around the liquid metal to counter the influence of the external magnets. By positioning the background magnets in just the right place, the researchers induced a repelling force in the liquid metal that was enough to prop up the entire stream to oppose gravity; some of the streams were as long as three feet at a time. Further switching up the external magnetic field guided the metallic stream like an invisible hand.

As the researchers moved the magnets around the flowing metal, it lassoed in sync through space, looping and lashing against the tug of gravity as if it had a mind of its own. “It’s like waving a ribbon,” says study author Yahua He, a physicist at the University of Wollongong who led the experiments. “It’s very fantastic.”

Wang and He say that their technique is useful for sculpting liquid metals into useful structures—a form of metalwork capable of attaining fine features. The researchers also want to combine this liquid metal with other materials to create smart prosthetics. According to Wang, the switchable rigidity and flexibility of the liquid metal could be useful for generating artificial muscles. Although to be sure, currently, Wang’s liquid metal is—perhaps thankfully—far from what the fictional T-1000 can do.

In the meantime, the researchers are exploring what new phenomena the dynamic liquid metal holds. In the past, the team has already shown that their liquid metals can change shape, throb like a beating heart in response to an electric kick, and seep through porous materials on command—reminding viewers of the Terminator 2 scene in which T-1000 walks through metal bars.

“To be honest, it’s very hard to do something better than what we have done so far,” says Wang. “We think, what we have created already is enough for James Cameron [the director of Terminator 2] to get ideas for his next movie.”

Watch a video about the research, below: