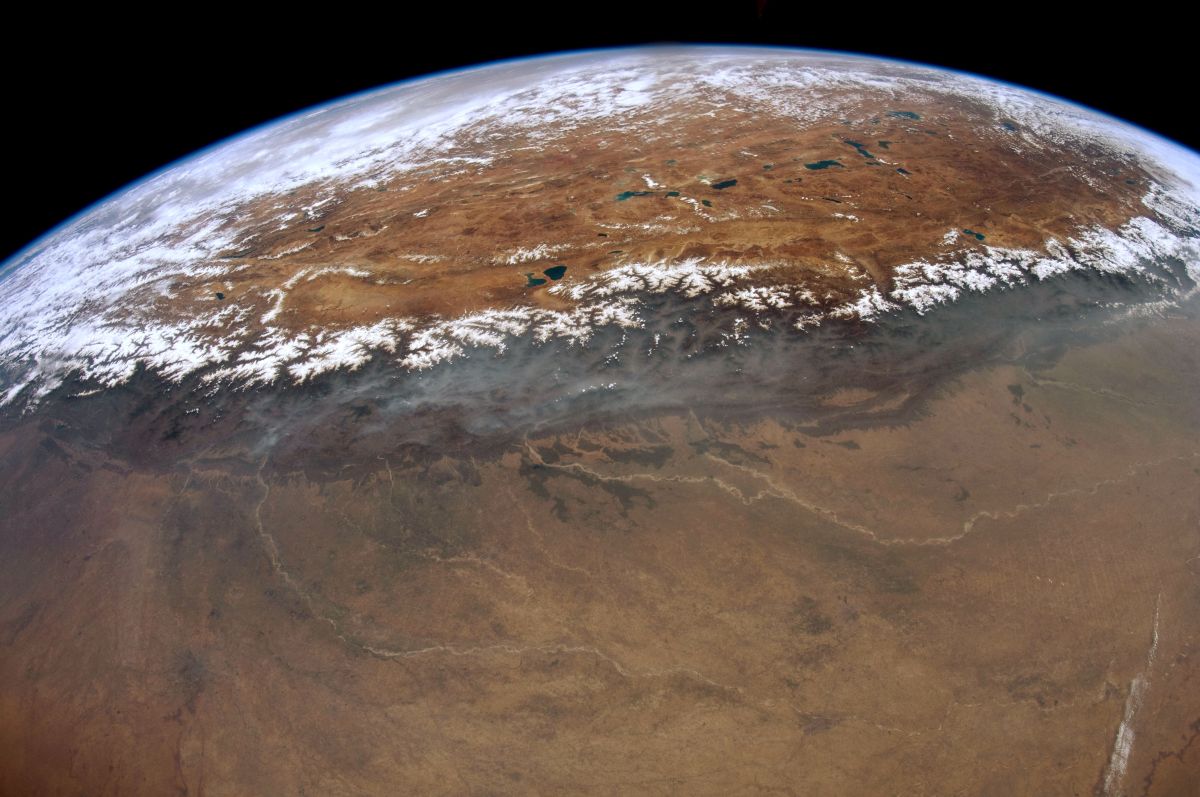 Twice in our planet’s history, colossal mountain ranges that towered as tall as the Himalayas and stretched thousands of miles farther reared their craggy heads out of the Earth, splitting ancient supercontinents in two.

Geologists call them the “supermountains.”

“There’s nothing like these two supermountains today,” Ziyi Zhu, a postdoctoral student at The Australian National University (ANU) in Canberra and lead author of a new study on the mountain majesties, said in a statement. “It’s not just their height — if you can imagine the 1,500 miles (2,400 km) long Himalayas repeated three or four times, you get an idea of the scale.”

These prehistoric peaks were more than just an awesome sight; according to new research by Zhu and her colleagues published in the Feb. 15 issue of the journal Earth and Planetary Science Letters, the formation and destruction of these two gargantuan ranges may have also fueled two of the biggest evolutionary boom times in our planet’s history — the first appearance of complex cells roughly 2 billion years ago, and the Cambrian explosion of marine life 541 million years ago.

It’s likely that, as these enormous mountain ranges eroded, they dumped huge amounts of nutrients into the sea, speeding up energy production and supercharging evolution, the researchers wrote.

Rise of the giants

Mountains rise when Earth’s ever-shifting tectonic plates smash two landmasses together, pushing surface rocks to soaring heights. Mountains can grow for hundreds of millions of years or more — but even the loftiest ranges are born with an expiration date, as erosion from wind, water and other forces immediately starts to whittle those peaks away.

Scientists can piece together the history of Earth’s mountains by studying the minerals that those peaks leave behind in the planet’s crust. Zircon crystals, for example, form under high pressure deep below heavy mountain ranges, and can survive in rocks long after their parent mountains vanish. The precise elemental composition of each zircon grain can reveal the conditions in the crust when and where those crystals formed.

In their new study, the researchers examined zircons with low amounts of lutetium — a rare Earth element that only forms at the base of high mountains. The data revealed two “spikes” of extensive supermountain formation in Earth’s history — one lasting from about 2 billion to 1.8 billion years ago, and the second lasting from 650 million to 500 million years ago.

Prior studies had hinted at the existence of that second epic range — known as the Transgondwanan Supermountain, because it crossed the vast supercontinent of Gondwana (a single giant continent that contained the landmasses of modern Africa, South America, Australia, Antarctica, Indian and the Arabian Peninsula). However, the earlier supermountain — called Nuna Supermountain, after an earlier supercontinent — had never been detected before now.

The distribution of zircon crystals showed that both of these ancient supermountains were enormous — likely spanning more than 5,000 miles (8,000 kilometers) long, or about twice the distance from Florida to California.

That’s a lot of rock to erode — and, according to the researchers, that’s why these enormous mountains are so important.

As both mountains eroded away, they would have dumped tremendous amounts of nutrients like iron and phosphorus into the sea through the water cycle, the researchers said. These nutrients could have significantly sped up biological cycles in the ocean, driving evolution to greater complexity. In addition to this nutrient spillover, the eroding mountains may have also released oxygen into the atmosphere, making Earth even more hospitable to complex life.

The formation of the Nuna Supermountain, for example, coincides with the appearance of Earth’s very first eukaryotic cells — cells containing a nucleus that eventually evolved into plants, animals and fungi. Meanwhile, the Transgondwanan Supermountain would have been eroding just as another evolutionary boom unfolded in Earth’s seas.

“The Transgondwanan Supermountain coincides with the appearance of the first large animals 575 million years ago and the Cambrian explosion 45 million years later, when most animal groups appeared in the fossil record,” Zhu said.

In their research, the team also confirmed previous studies that found mountain formation screeched to a halt on Earth from about 1.7 billion to 750 million years ago. Geologists refer to this period as the “boring billion,” because life in Earth’s seas seemingly stopped evolving (or at least evolved achingly slowly), Live Science previously reported. Some scientists hypothesize that the lack of new mountain formation may have prevented new nutrients from leaking into the oceans during this time, effectively starving sea creatures and stalling their evolution.

While more research is needed to draw an airtight connection between supermountains and supercharged evolution on Earth, this study seems to confirm that our planet’s most productive biological booms occurred in the shadows of some truly colossal mountains.