The best ways to watch movies and TV on your phone 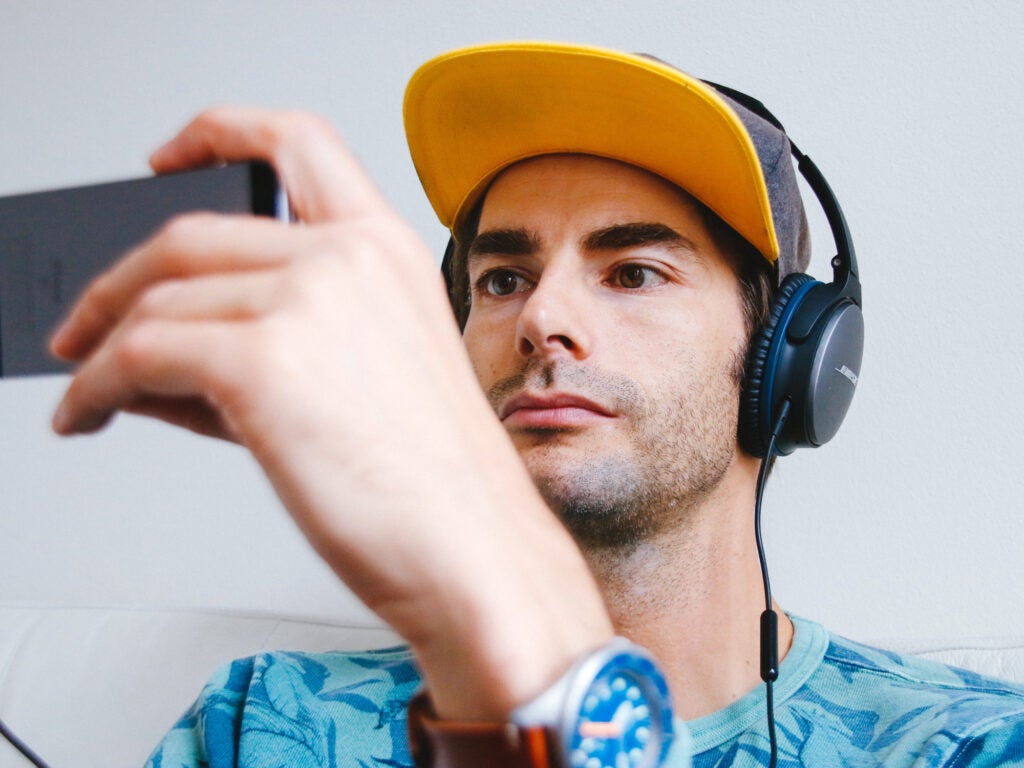 This story has been updated. It was originally published on June 5, 2017.

Just 10 years ago, the idea of settling down to watch a movie on your phone was unthinkable. And yet here we are—people are binge-watching more than ever before, using the devices we carry around in our pockets.

The key to watching movies and television shows on your smartphone is installing the right apps. You’ve got a wealth of options, so we’re going to highlight the best picks. Grab some popcorn, charge up your battery, and settle in.

Several streaming giants offer (almost) all the movies and TV you could possibly want, in return for a monthly subscription fee. These apps beam content straight to your phone for as long as you keep paying your subscription. You don’t, however, get to keep digital versions of the videos—stop paying, and you’ll lose access to these video libraries.

[Related: How to use parental controls on Netflix, Hulu, and other streaming services]

This app is a must-have for Prime members… but less compelling for everyone else. Prime Video includes a ton of movies, TV shows, and original content, such as The Boys and Transparent. These offerings provide one of the best reasons to sign up for a Prime membership, if you haven’t already, but you can also choose to subscribe to Prime Video on its own. However, Amazon’s web and phone apps aren’t quite as polished as its main rivals’ offerings. Prime membership, which includes additional benefits like free shipping, costs $119 a year or $13 a month, while Prime Video alone is $9 a month.

Amazon Prime Video is available for Android and iOS. It’s included with an Amazon Prime membership or $9 without one.

Often considered to lurk in the shadow of Netflix, Hulu actually offers more TV channels and more up-to-date TV shows than its main rival, making it fantastic for primetime television shows. On the downside, Hulu’s cheapest subscription tier includes ads, and its original programming and movies aren’t up to Netflix’s standard yet. A subscription to Hulu will cost you $7 a month or $13 to go ad-free, and there’s a $70-per-month plan that adds live TV, giving you access to more than 75 channels live as they air.

Hulu is available for Android and iOS, starting at $7 a month.

Netflix played a big role in changing the way we watch movies and television, popularizing the monthly subscription model and leading the charge for watching anything, anywhere. The video behemoth doesn’t carry quite as much third-party content as it once did, but for many, its original shows remain essential viewing, and the Netflix apps are consistently setting a higher bar for on-the-go TV watching. Netflix plans start at $10 a month, though you’ll have to pay more for HD and 4K content.

Netflix is available for Android and iOS, starting at $10 a month.

Undoubtedly one of the leading options when it comes to getting live TV on your phone, Sling supports more than 200 live channels and over 85,000 on-demand movies and shows that you can call up from the archives. This is how mobile TV watching really should be in the 21st century. The number of channels you get varies depending on how much you pay each month. The bottom tier starts at $35 a month, and you can cancel whenever you like.

Sling TV is available for Android and iOS, starting at $35 a month.

With years of experience promoting video, if anyone can nail television on your smartphone, YouTube can. You can watch live channels from ABC, CBS, Fox, NBC, and other primetime players. Plus, you’ll get some cloud DVR functionality, enabling you to record as much content as you want for later watching. Subscriptions cost $65 a month.

YouTube TV is available for Android and iOS, for $65 a month.

One of the most recent additions to the streaming menu, Disney+ is your go-to place for all things Disney—this includes hits like Moana and Frozen, but also absolute classics like Snow White and Fantasia. But that’s not all. Disney also owns two small universes you might have heard of: Star Wars and Marvel, which means you can stream blockbusters such as The Avengers and every movie and show inspired by its characters. Disney+ is also home to new hit TV shows like The Mandalorian and The Book of Boba Fett. The platform is easy to use but it’s not perfect (both in its mobile and desktop versions) but you may find the content alone is worth the $8 monthly or $80 annual subscription.

Disney+ is available for Android and iOS, starting at $8 a month.

It took a little while, but the big networks and carriers eventually woke up to the way we’re all watching TV and movies these days. Some of them offer apps that complement an existing cable subscription, but we picked standalone apps that will work whether or not you’re currently a cable customer.

[Related: Stop your streaming apps from eating all your data]

An AT&T initiative aimed at cable cord-cutters, DirecTV goes way beyond smartphones to cover pretty much every device out there. You’ll get a ton of channels and shows (though HBO costs a little extra and CBS is absent), and a mix of live programming and archived material. For now, you don’t get a cloud DVR for recording your favorite shows, but AT&T says it’s on the way. Prices start at $70 a month for the basic package, and as your subscription rate increases, so do the number of channels.

DirecTV Stream is available for Android and iOS, starting at $70 a month.

HBO Max is an appealing option for cord-cutters (though you can use it at no extra cost if you already have a subscription). It gives you access to a shifting slate of movies, along with some of the most acclaimed programs in TV history, including Game of Thrones, Westworld, The Wire, True Detective, and more. And if HBO isn’t enough for you, the platform also includes series and shows from Warner, like the fan favorite Friends. You’ll need to stump up $10 a month after the month-long free trial in order to tap into all of this content, but if the app carries shows and films you like, it’s worth the investment.

HBO Max is available for Android and iOS, starting at $10 a month.

If you want to watch Showtime on a phone without an existing subscription, this app and $11 a month will do it. (You can also get a taste with a 30-day free trial.) The app grants you access to live TV from Showtime, as well as on-demand catch-up viewing and a bunch of classic shows that the channel previously aired. To help you keep track of all this material, the app includes lists and reminders so you won’t miss anything you want to watch.

Showtimes Anytime is available for Android and iOS, starting at $11 a month.

Digital stores and other options

Streaming is nice, but it doesn’t give you permanent, ongoing access to your favorite movies and shows. If the streaming model isn’t for you, you can pick from a variety of digital stores to save your own copies of these videos to your phone. With this option, you can keep your content forever, and you won’t have the monthly expense of a subscription fee to worry about either.

Google’s digital movie and TV show store is well-stocked. As you’d expect from Google, you can watch your stuff from pretty much any device—a web browser, iPhones, Android devices, smart TVs, and so on. Anything you purchase and watch will stream to your phone, Netflix-style, though you do have the option to cache downloads in advance if you’re going to be without WiFi. You can also watch on other mobile apps, including Google TV, and the YouTube app. The interface of Google Play Movies & TV  is simple and streamlined, but have everything you need.

Google Play Movies & TV is available for Android and iOS.

It’s hard to find fault with the choice of content on Apple’s digital store. As iTunes, it was one of the very first to go online, but now the renamed app and platform houses all of your video content, including the shows and films you purchased in the past. Whether you’re after a ratings-busting television show, live broadcasts, a recently released movie, or original and exclusive content, you’ll be able to find it on AppleTV.

AppleTV is built into iOS.

Plex works a bit like your personal Netflix. If you have a library of video content (from ripped DVDs to iTunes purchases) saved on your computer or networked drive, Plex lets you beam that video to pretty much any other device you’d like, including your smartphone. Despite all the heavy lifting going on behind the scenes, the app is simple and a pleasure to use. For more information on setting it up, check out our guide on streaming your video collection to multiple devices. The basic Plex service is free, but you’ll need a Plex Pass to watch movies and shows on a phone, which currently costs $5 a month, $40 a year, or $120 for a lifetime.

Plex is available for Android and iOS, starting at $5 a month.