The future might be filled with squishy robots printed to order 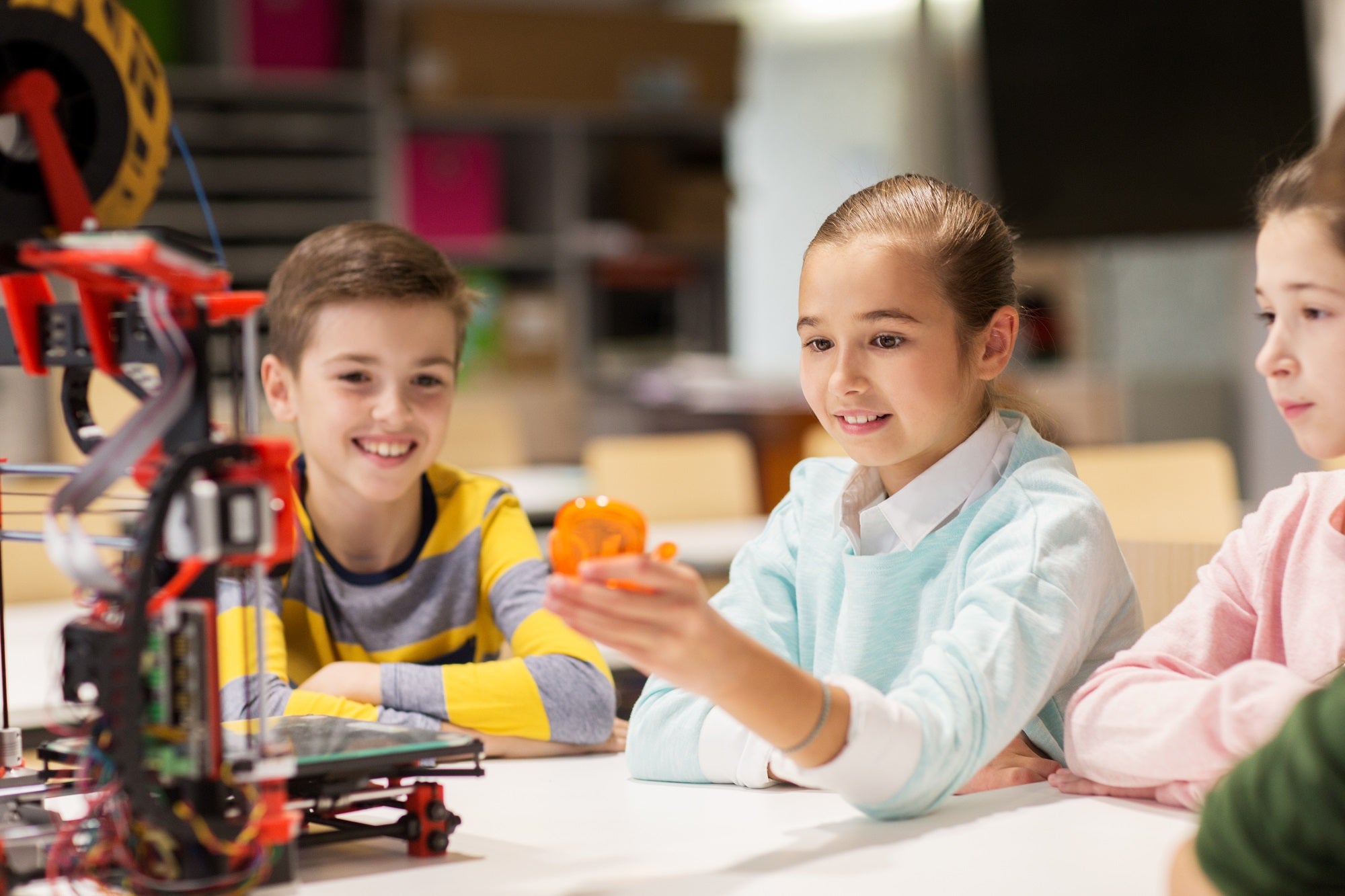 Mixing gelatin and sugar syrup could make for a tasty 1900’s dessert. But it’s also the base of a gel-like substance that, in the future, could lead to cheap, bendy, and sustainable robots.

Scientists at Johannes Kepler University Linz in Austria have built a tentacle-like robotic finger with gelatin and other materials you can probably find in a shop near you. They cooked the ingredients and then created the finger in a 3D printer. They published their work on February 2 in Science Robotics.

You might be used to thinking of robots as rigid constructs of metal, ceramic, and other hard materials. These are the sorts of machines that build cars and make exoskeletons. But there are other types of robots, ones made from more compliant materials that can bend to their surroundings.

But even if these squishy robots can go to extremes and swim like fish, the materials that make them work are often polymers like plastics, which aren’t renewable nor ecologically friendly. Gelatin, on the other hand, naturally biodegrades, leaving no trace. As such, robot-makers such as those in Linz have been tinkering with gelatin-based materials for a few years now.

But gelatin poses other challenges that you might not expect to pop up in a robotics lab. Because it’s essentially sugar and protein, it tends to attract mold. And when the gel’s water content dries up—something that, predictably, happens in very dry environments—the gel becomes hard to work with.

“It was too brittle,” says Florian Hartmann, a physicist at EFPL in Switzerland and one of the researchers behind the new paper. “So, if you stretch it just a little bit, it breaks very easily.”

The Linz group’s recipe gets around a few of those challenges. In addition to gelatin and sugar, they added citric acid, which alters the pH of the material and prevents microorganisms from feasting on it prematurely. They also mixed in glycerol, which helps the gel hold in water. With those upgrades, the material can be stretched up to six times its original length and still retain its structure. The Linz group had first published this recipe by 2020.

“We carried on and tried to make more complicated robots with more performance and more functionality,” says Hartmann.

That brings them to today. Unlike most gelatin builders before, who typically made their parts with molds like you might do in the kitchen, the Linz researchers modified a 3D printer to use their gelatin substance.

3D printing soft robots has so far been a technology with a lot of promise, but few results. Part of the problem is that the few polymers that have been used take a long time to settle and solidify, meaning that printing them takes an unpractical amount of time. But gelatin has an advantage: As a protein, it can crystalize and make viable prints much more quickly than polymers.

“Manufacturing something completely biodegradable coming right out of the 3D printer—I believe it’s a very interesting approach,” says Ramses Martinez, an engineer at Purdue University, who was not involved with this paper.

To make the finger move, the Linz group wrapped it with an exoskeleton made from a material that included ethanol and shellac, the resin that’s used in very old records. These strips are sensitive to how light refracts, or bends, as it passes between the finger and the air around it.

That made it possible to control the 3D printed gelatin finger by pressing compressed air at it. The moving air changed the angle of light passing through it, which makes the strips sway in response. The Linz group controlled the finger with a system containing a Raspberry Pi and a PlayStation 4 controller. In their experiments, they were able to make it push objects away from its surroundings.

[Related: These robotic wings use artificial muscle to flap like an insect]

Hartmann isn’t sure how well this finger might fare outside the lab. The gelatin can go up to around 140 degrees Fahrenheit before it starts to melt, and it will require more tinkering before it can come in contact with water. But the good news is that, because it’s made of widely available ingredients, it’s easy to make more materials for further tests.

“I believe everything related with proteins is something that you can explore putting this technology in,” says Martinez. That might include robotic parts used to manufacture food to avoid the safety risks from non-organic parts. Hartmann also imagines it being used in robotic toys, to minimize harm to children, or in pop-up art installations, to make them easily disposable.

Martinez adds that gelatin robots could be used to enter sensitive environments, such as highly radioactive areas, where operators have to balance the need to reduce harm to themselves with the need to prevent further contamination. “You just simply don’t want to bring them back and recover them,” he says. “So, for these effects, having something that will degrade and actually biodegrade, that would be quite interesting.”

Gelatin robots probably won’t ever lift enough weight to build cars. But as this single finger shows, robots can do far more things than just that.