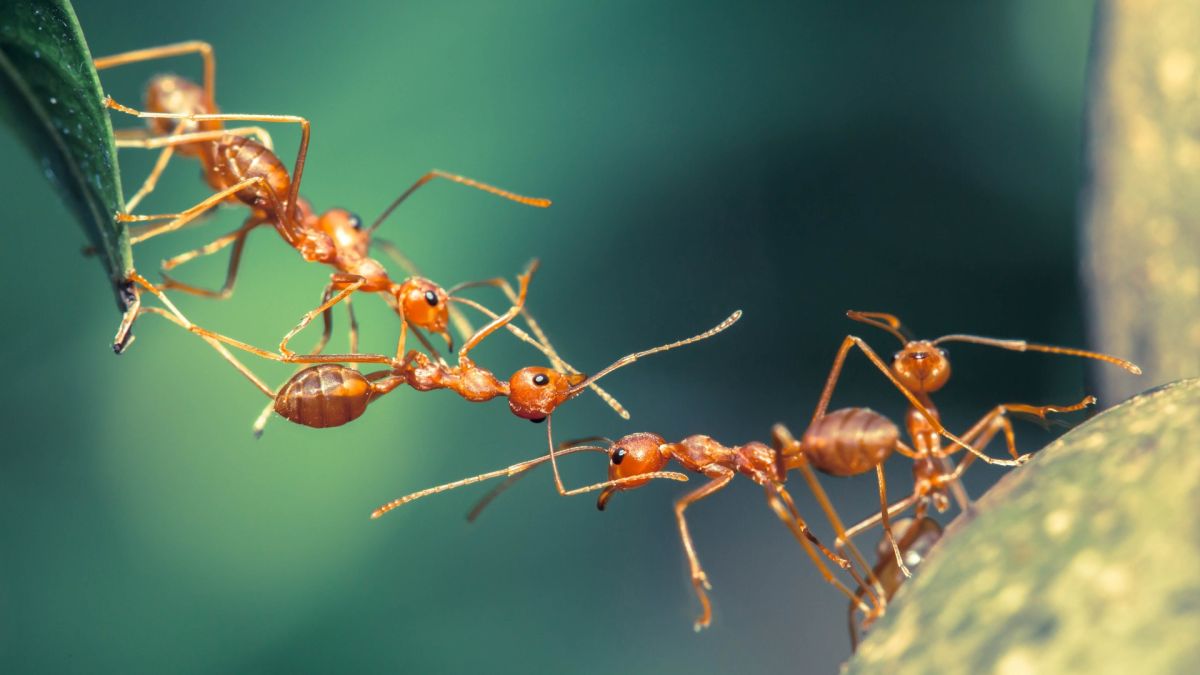 Skunks are notoriously stinky. The musk ox, true to its name, emits a musky scent during mating season. And for some lucky owners, dog paws smell like corn chips. But these are not the only members of the animal kingdom that are smelly. Perhaps one of the most peculiar stinky animals is right under your nose: ants.

Most people have come across ants in their lives. So why don’t most people know that ants smell?

There are more than 13,000 ant species. When Clint Penick, an assistant professor of ecology, evolution and organismal biology at Kennesaw State University in Georgia, tells people that he studies these critters, he often gets this question: “Red ants or black ants?” But there are more useful and creative ways to distinguish ant species, Penick told Live Science. One of them is by smell.

Related: Why are some smells so hard to get rid of?

“If I find a species I’m familiar with, I might pick it up and crush it,” he said. “The smell can sometimes help me narrow down which group of ants it might be from.”

Not all ant species are odorous enough for the human nose to detect their scent. Of those that are, the scent may be mild, and some can be smelled only after being crushed, Penick said. However, some ants can be smelled from a distance if they’re in a large enough colony.

There are four main smells that ants are known to emit. The first is citronella — from the aptly named citronella ants, also known as larger yellow ants (Lasius interjectus) and smaller yellow ants (Lasius claviger) — although some people describe these ants’ odor as lemon. “The citronella smell is thought to be something that they use to defend themselves or make them distasteful to predators,” Penick said.

The smell of trap-jaw ants (Odontomachus) is anything but distasteful — it smells like chocolate. These predator ants produce an alarm pheromone in a gland in their head to let other members of the colony know when they’re in danger, and it emits a chocolate-like aroma. Sadly, these ants have to be crushed to be smelled. “I’ve done it only once to see if it was true but normally try to avoid it,” Penick said.

Some ants, including wood ants (Formica) and carpenter ants (Camponotus), have a distinct smell they use for defense in place of a stinger. “They can stop a bear with formic acid if they all come together and spray,” Penick said. “But one on their own is just enough to give you a slight little wisp of vinegar.” However, some people report not being able to smell formic acid; the ability to smell it may be genetic.

The final ant smell used to be controversial, but Penick said he and a colleague settled the debate with a 2015 study published in the journal American Entomologist. Odorous house ants (Tapinoma sessile) have long been regarded as smelling like coconut, or sometimes like rotten butter. But when Penick sniffed one for the first time, he was hit by the scent of blue cheese. So he shipped off the three foods — including butter that he let rot in his kitchen — and ant samples to a friend’s lab, where a tool called a gas chromatograph analyzed the volatile compounds released into the air. Then, they compared the compounds that made up the smells of the foods and the ants. The team discovered a match between the ants and the blue cheese.

At the same time, Penick had people rate what they thought the ant smelled like. Most people said blue cheese, but some thought it smelled like rotted coconut. So Penick rotted a coconut in his backyard and found a mold growing on it that, sure enough, is the same mold (Penicillium roqueforti) that’s used to produce blue cheese. Another mystery, solved.