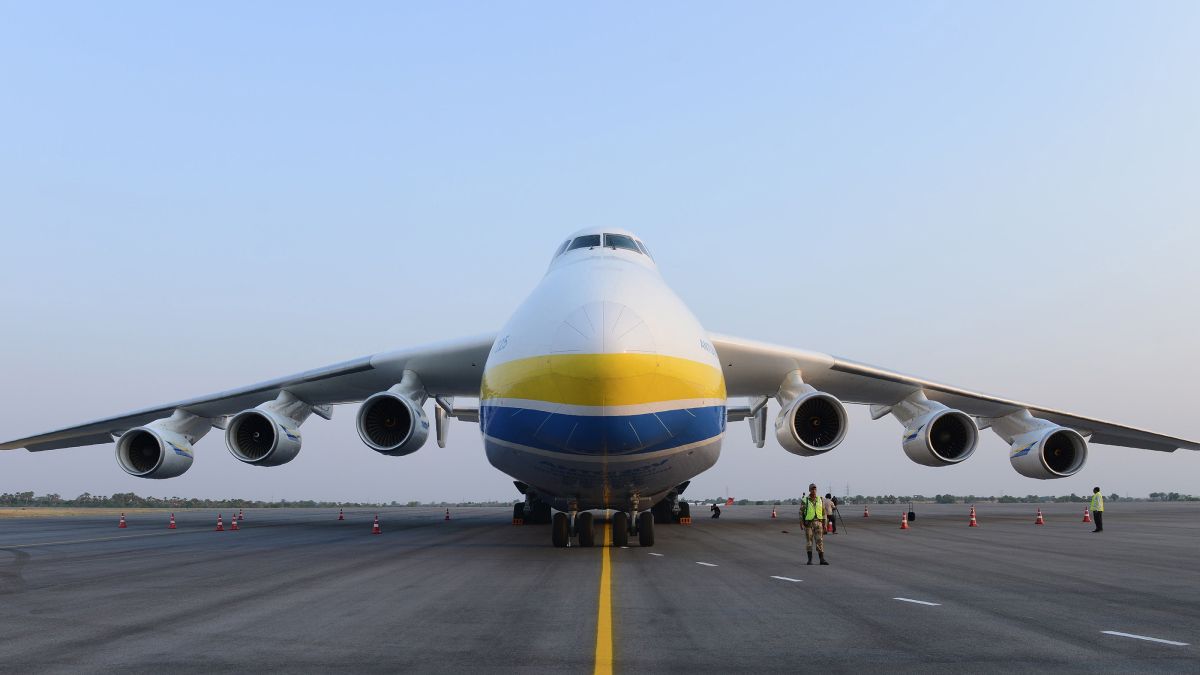 The world’s largest aircraft, the Antonov AN-225, has been destroyed during Russia’s invasion of Ukraine, Ukrainian authorities said on Sunday (Feb. 27).

The aircraft, named “Mriya,” or “dream” in Ukrainian, was under repair at an open-air hangar at Hostomel airport, northwest of Ukraine’s capital Kyiv, when it was reportedly attacked and destroyed by invading Russian forces.

Originally built to transport Soviet space shuttles, the 276-foot-long (84 meters), six-engine aircraft had been in operation since 1988 and was the heaviest and largest aircraft ever built, while also holding records for the heaviest single-item payload (418,830 pounds or 189,980 kilograms) and heaviest total payload ever airlifted (559,580 lbs or 253,820 kg).

The Mriya, which has a wingspan of 289 feet (88 m), was originally built to piggyback the Soviet Union’s Energia rocket boosters and Buran space shuttles to their launch sites from service areas; however, it spent several years in storage after the 1991 collapse of the Soviet Union. Following its re-commissioning as a cargo plane, the AN-225 was occasionally used to deliver aid, notably to the Dominican Republic after the 2010 Haitian earthquake. In recent months, the giant plane was also used to transport COVID-19 testing kits from China to areas that had been heavily impacted by the COVID-19 pandemic.

Russian forces claim to have captured Hostomel airfield after an attack on Friday, which left the hangar containing the AN-225 on fire, according to NASA’s Fire Information for Resource Management System, which uses satellite imagery to track fires around the world.

The airport, which was the scene of heavy fighting on Thursday (Feb. 24), was reportedly seized on Friday (Feb. 25) after Russian airborne forces landed there with 200 helicopters, killing more than 200 troops belonging to the Ukrainian special forces, Russian Defence Ministry spokesman Igor Konashenkov, said in a statement on Friday.

The Russian claims have yet to be independently verified, but if they do hold the airfield, its long runway and its location in Kyiv’s northwestern suburbs could enable the invading nation to quickly reinforce its siege on the capital with additional troops and supplies.

The Antonov company, which used the aircraft to transport heavy cargo since 2001, wrote on Twitter that it could not verify the “technical condition” of the aircraft until it had been “inspected by experts,” but Ukroboronprom, Ukraine’s state-run defense corporation, which manages the Antonov Company, declared the AN-225 lost in a Sunday (Feb. 27) statement.

Ukroboronprom estimates that it could take more than $3 billion and five years to restore the destroyed plane, but the company has vowed that the costs will be covered by the Russian government.